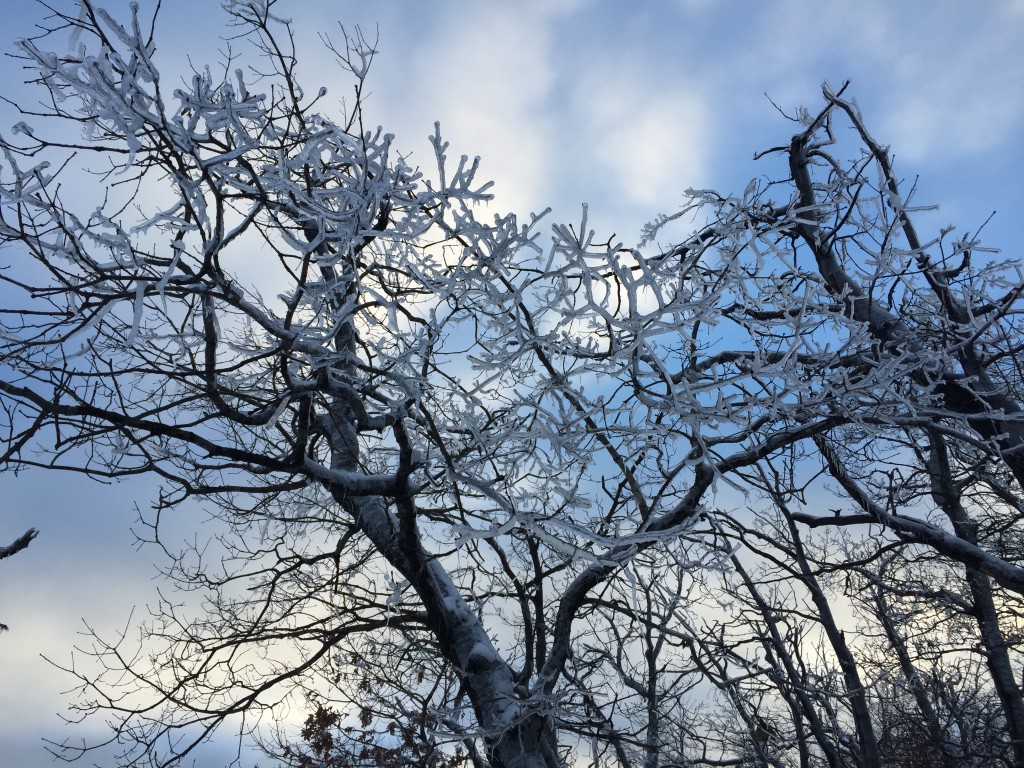 One of the greatest things about life is that a day can start off just like any other and then take you on an unexpected adventure that forces you to stand up to your fears and do something you’re totally uncomfortable with. After almost dying on the train tracks at Rockwood Hall Park, we took a quick trip up to Beacon, Dutchess County, NY to hike Mt. Beacon and climb the revered Mount Beacon Fire Tower.

Less than an 1.5 hours north of NYC, Mount Beacon Park offers hikers an intense and rewarding adventure into both the dense wilderness and rich history of Beacon, NY. With stunning panoramic views of the Hudson River and enough incline for a full day’s workout, this is an adventure that you must add to your summer bucket lists.

The parking lot and trailhead can be found right off Wolcott Ave (9D). You’ll find the start of the trail at the bottom of a slightly intimidating staircase takes you up alongside the ruins of the Beacon Incline Railway which was destroyed by fire and abandoned in 1983. Today, the remains of the railway are owned and preserved by Scenic Hudson and they offer hikers an interesting look into what was, at the time, the world’s steepest passenger train. 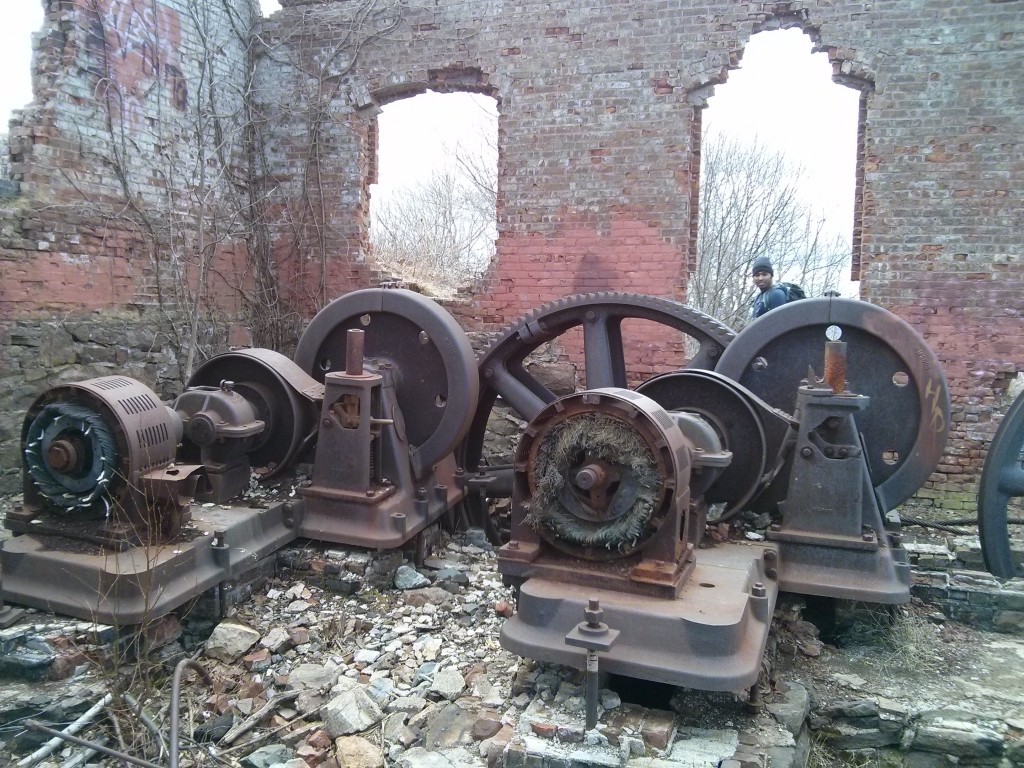 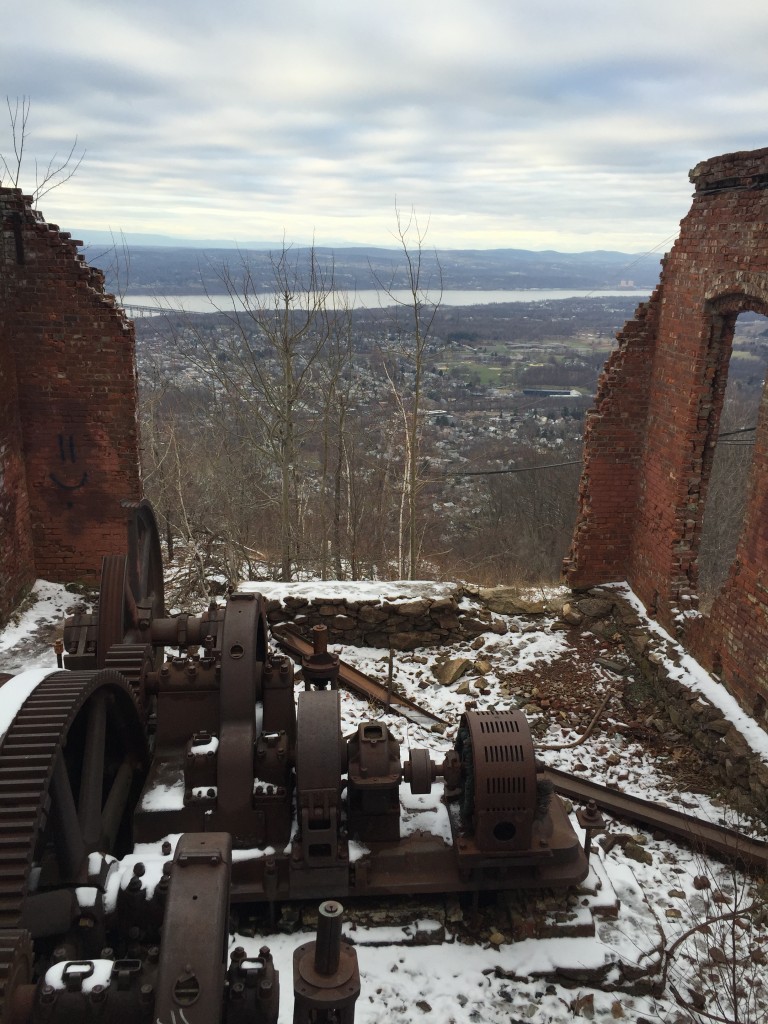 After conquering the stairs and getting a taste of the struggle to come, you can continue up the mountain through its various switchbacks and steep inclines. Almost immediately you’ll feel your legs aching and your forehead dripping in sweat; and it’s totally worth it! While trekking up, you’ll come across various remaining pieces of the Incline Railway, all leading to the summit of Mount Beacon. We walked along the rusted railway tracks, explored the derelict ruins of the railway powerhouse, and even found the corroded remnants of off-road vehicles that perished trying to reach the top of the mountain. 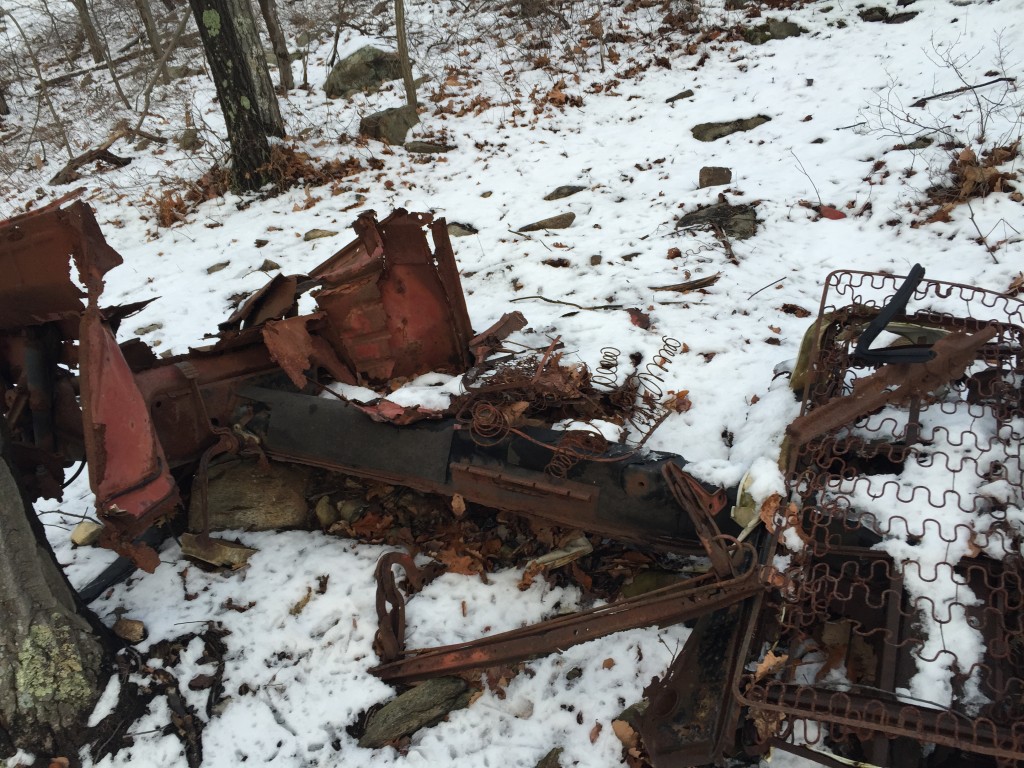 At the summit, you’ll find a breathtaking view of the Hudson River and the Newburgh-Beacon Bridge. You can also spend some time exploring the ruins of the Beaconcrest Hotel & Casino. While we agree that old, dilapidated buildings are pretty cool, it doesn’t take long to get bored of looking at them. So after taking a view quick pictures and enjoying the marvelous vista from atop Mt. Beacon, we were ready for the real adventure to begin. 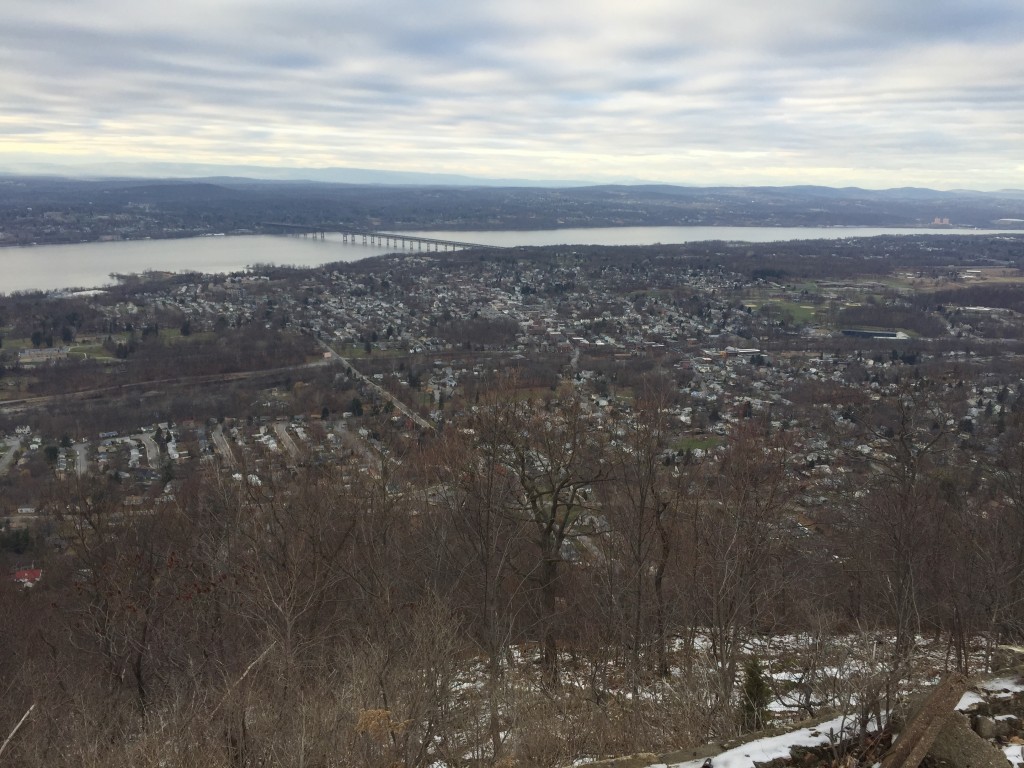 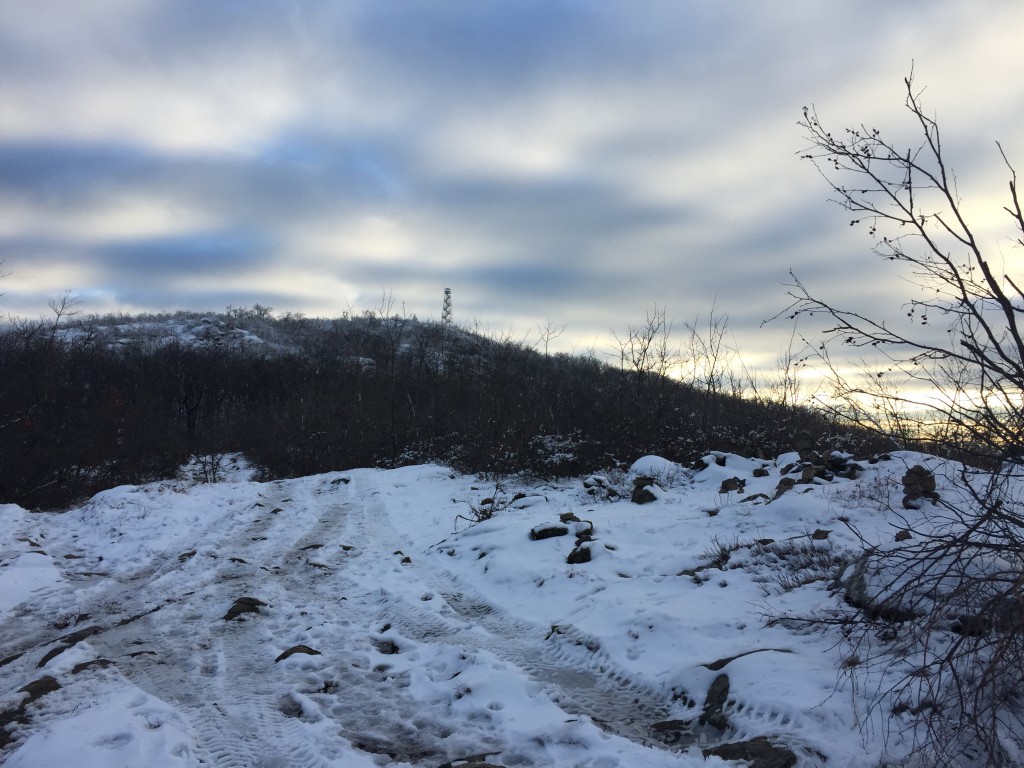 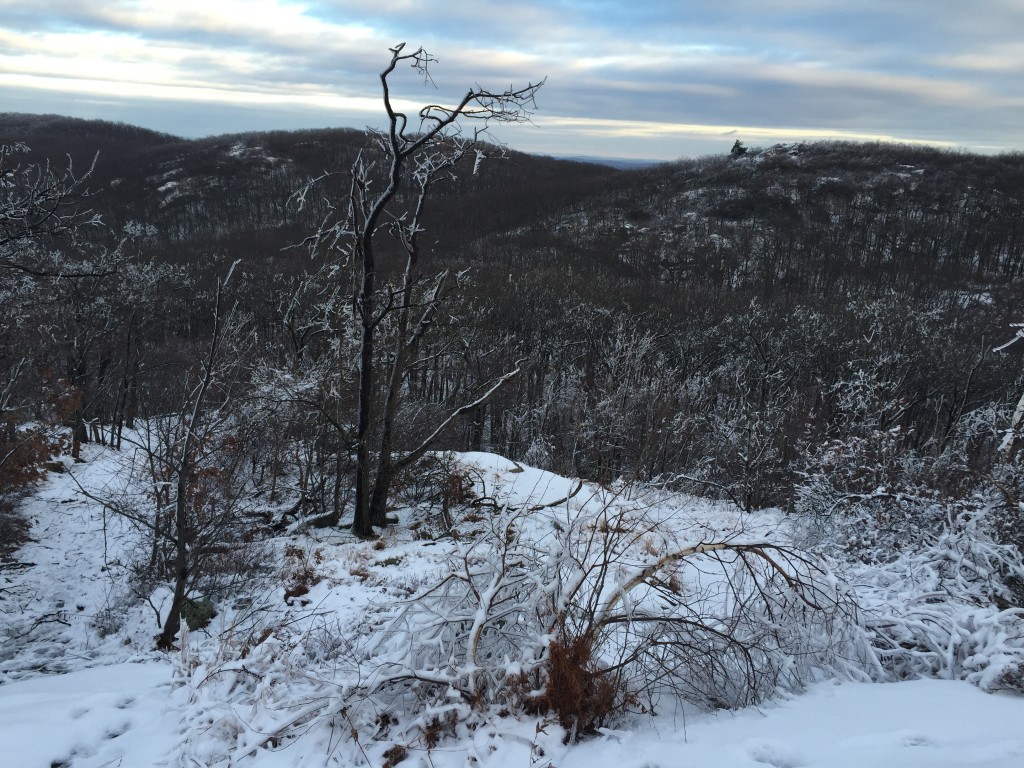 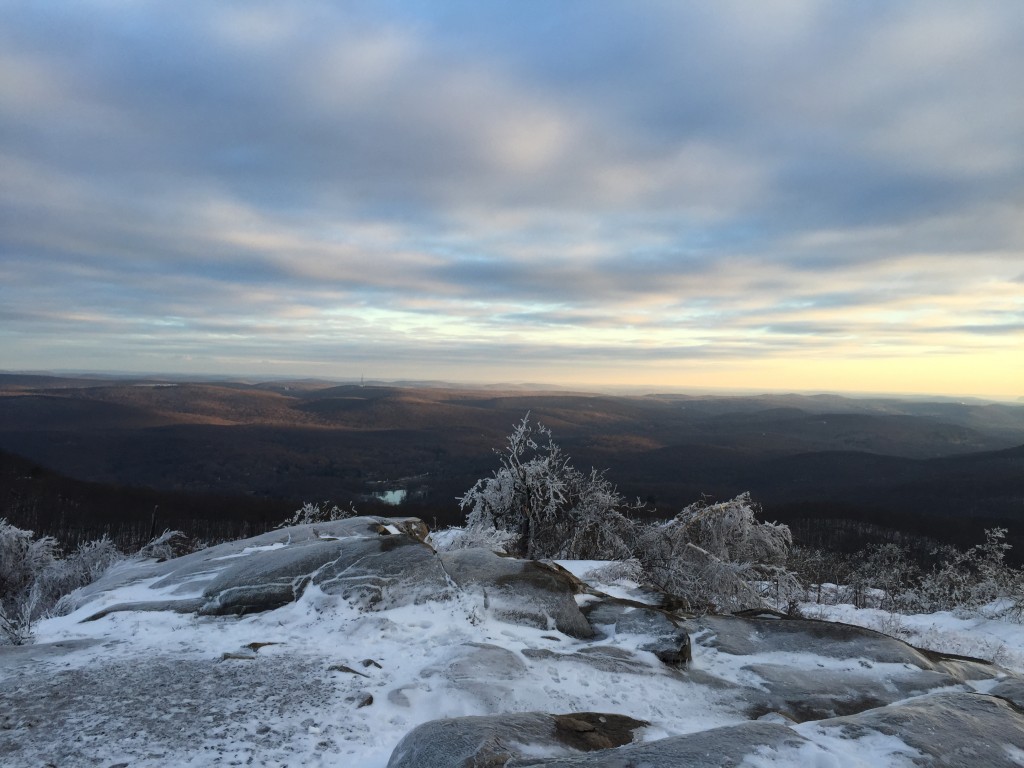 We continued along the Breakneck Ridge Trail to the Mt. Beacon Fire Tower, which for the truly adventurous is the highlight of Mt. Beacon Park. 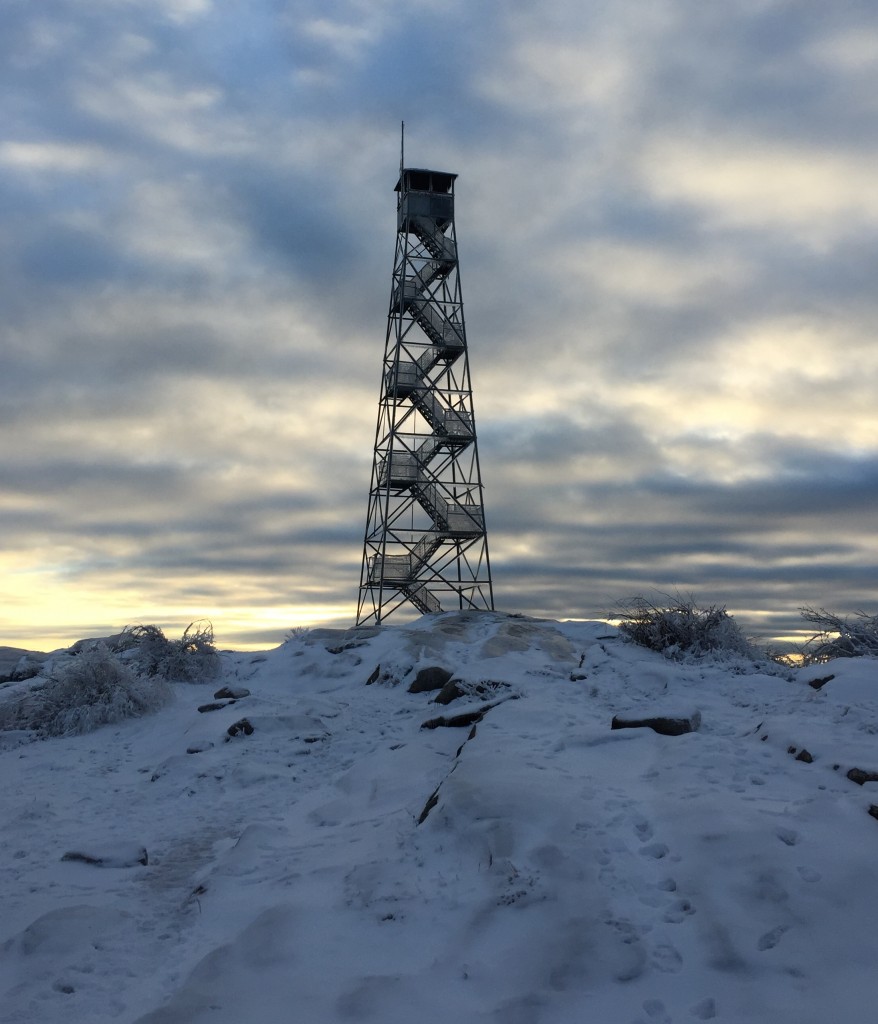 Built in 1931, the tower stands an impressive 60′ at the top of the 1,650′  summit of Mt. Beacon. Though the tower was thoroughly restored and opened to the public in 2013, you can tell that it’s 83 years old from the very first step and you can’t shake the feeling that the entire structure is on the verge of collapse. 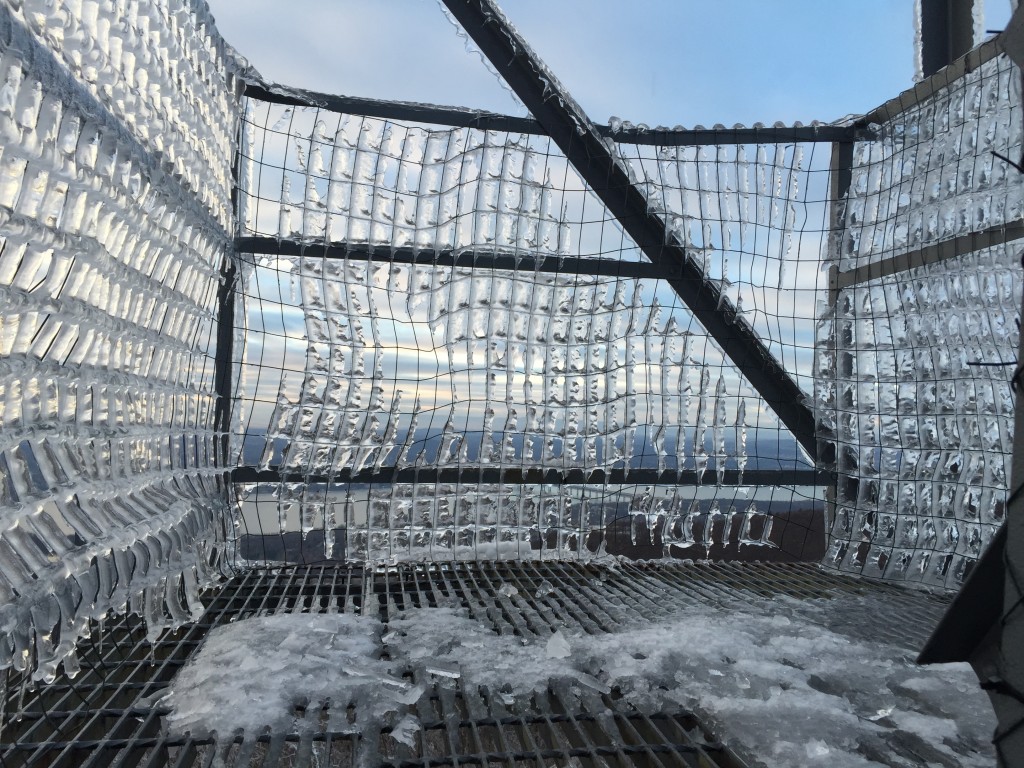 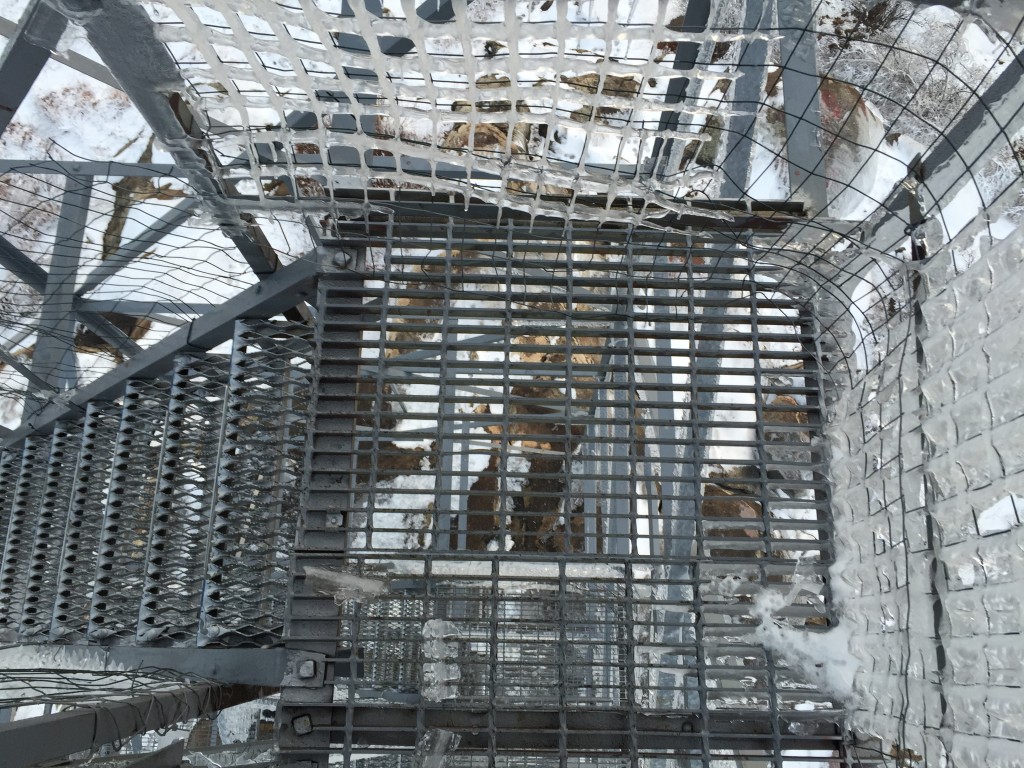 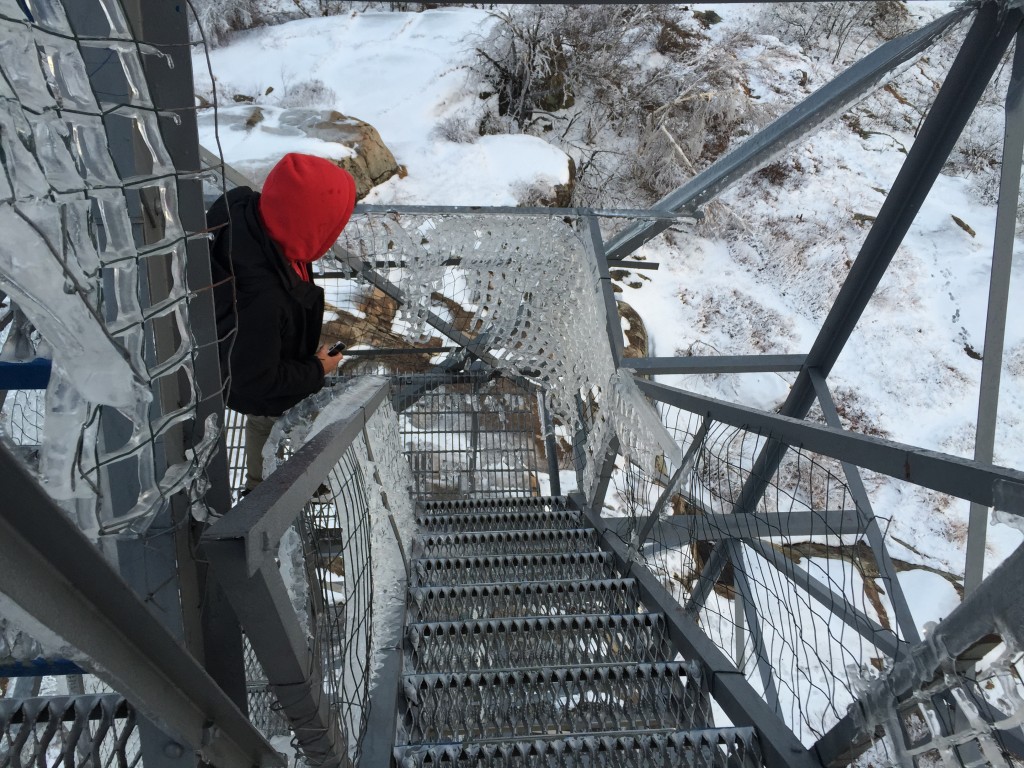 I’m still not sure whether is was coincidence or just a random occurrence, but every time we tried to make our way up the tower the wind would throw terrible fits that sent us running right back to the base. Finally, with our manliness in question after so many failed attempts, we braved the furious gusts and reached the top of the Mount Beacon Fire Tower.

From the top we reveled in spectacular views of mountains and nearby cities. The day of our trip was somewhat cloudy but word is that when the skies are clear you can get an approximately 75-mile range of view! 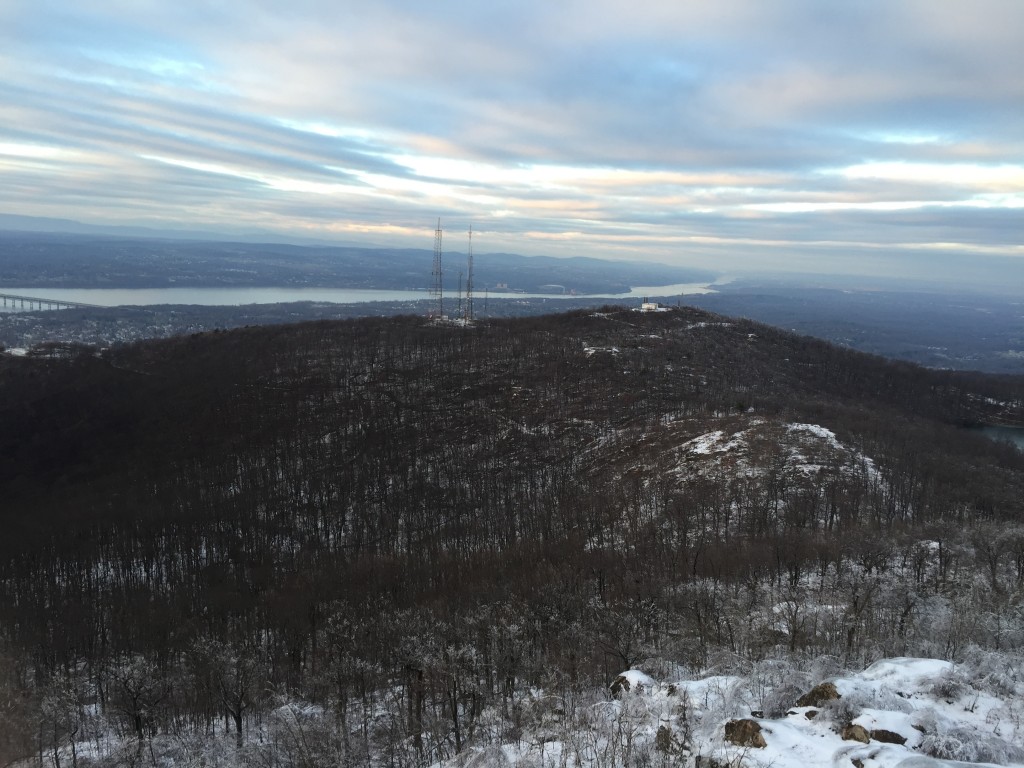 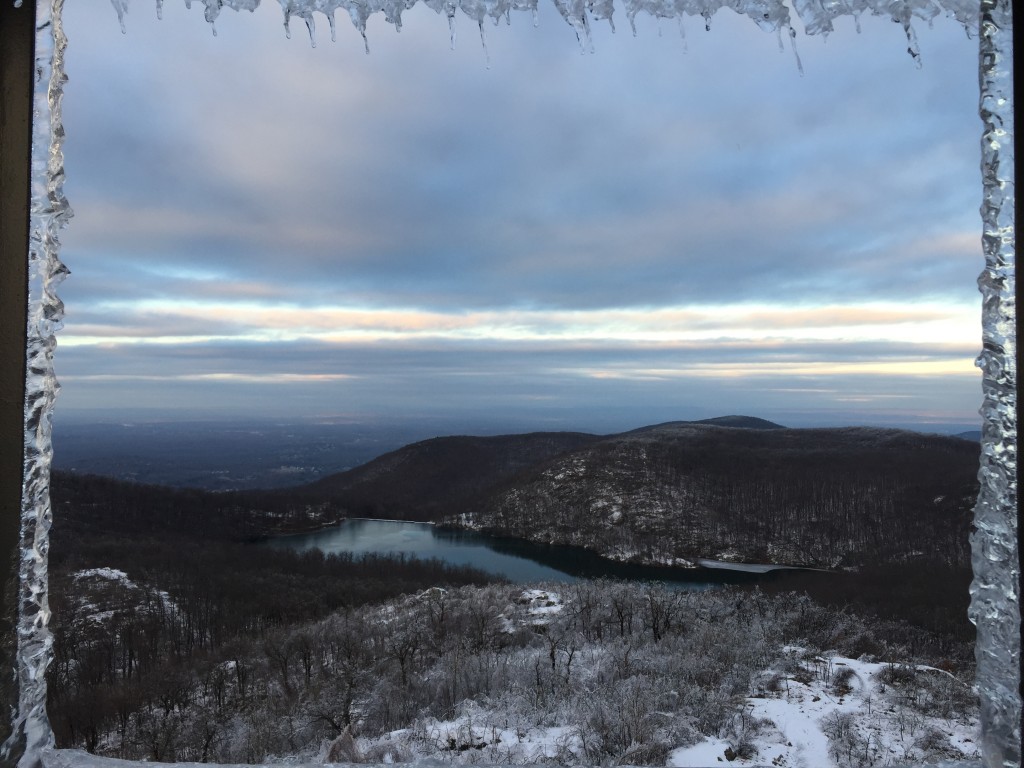 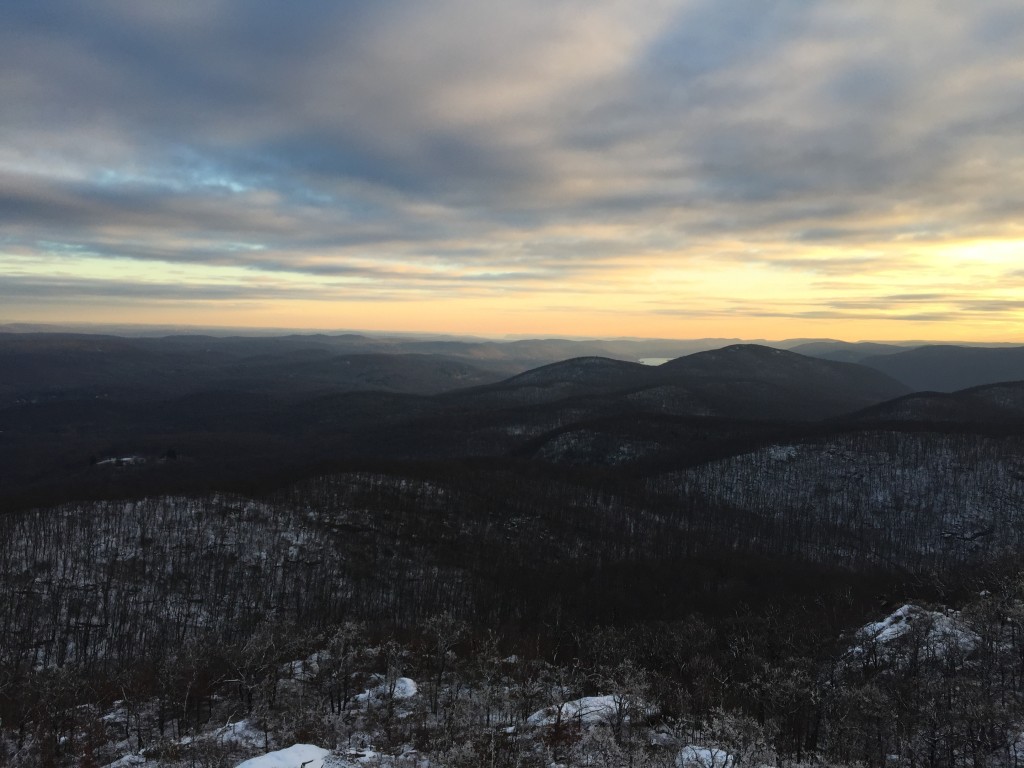 Making to the top of the fire tower was an exhilarating experience that definitely tested our lingering fear of heights and forced us to man-up and get it done! We even managed to encourage other hikers to make the climb and live their lives to the fullest, which made the day that much better for us; because if we have one goal with this site, it’s to motivate people to be awesome! 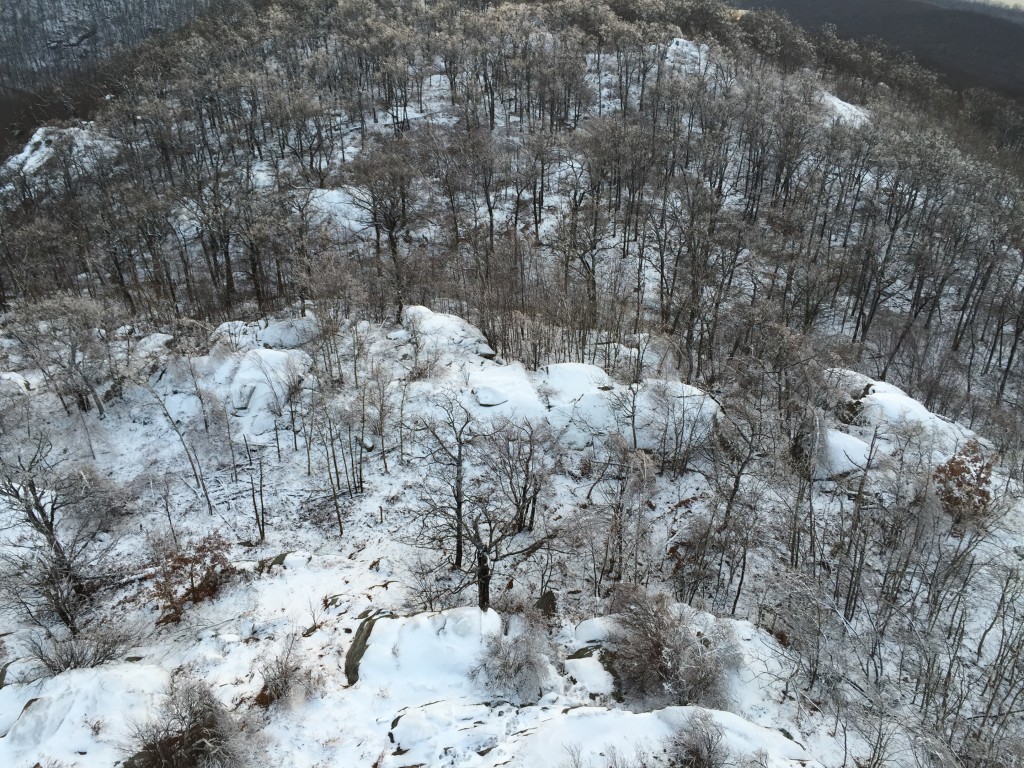 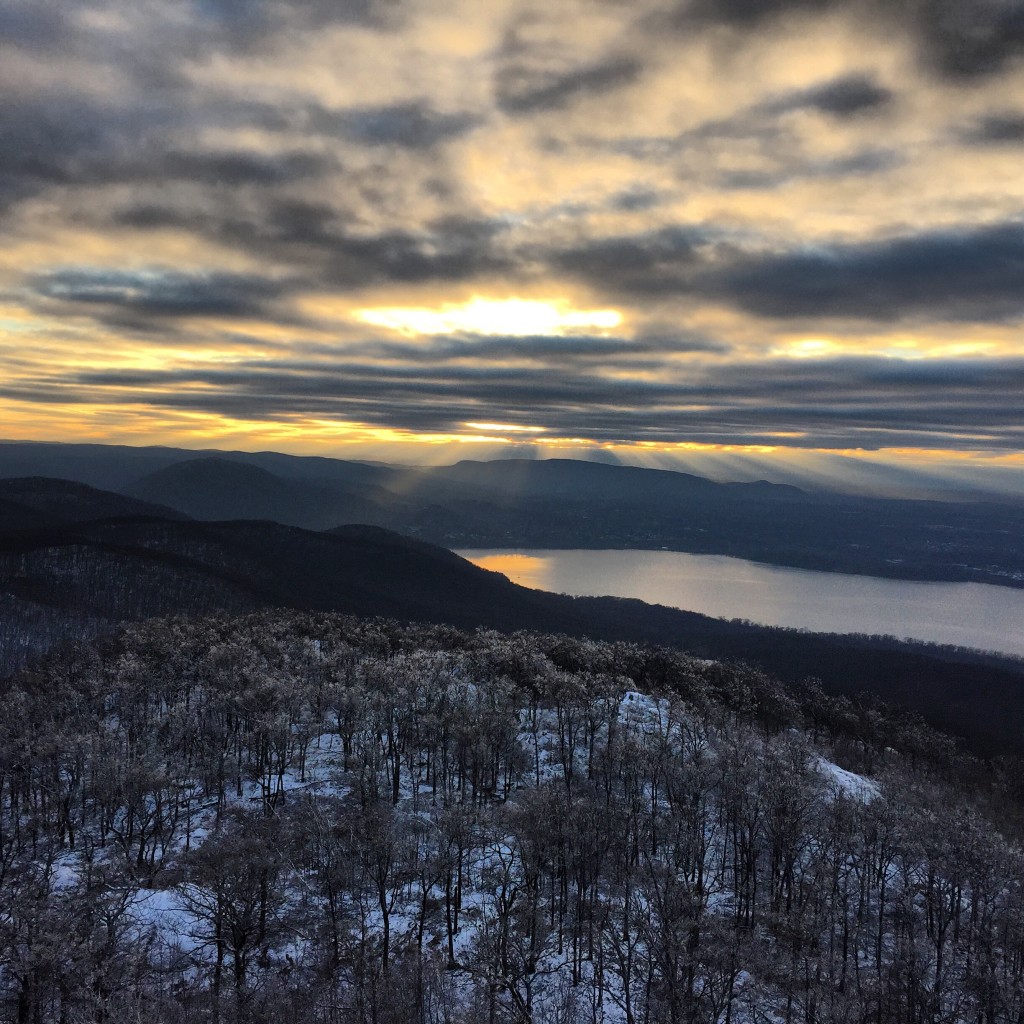 Of course, CavemanUnbound doesn’t end an adventure without finding an epic place for a victory meal! Craving copious amounts of beef and beer, we came across the Round Up Texas BBQ and Tumbleweed Saloon on Rt. 9 in Cold Spring, NY. 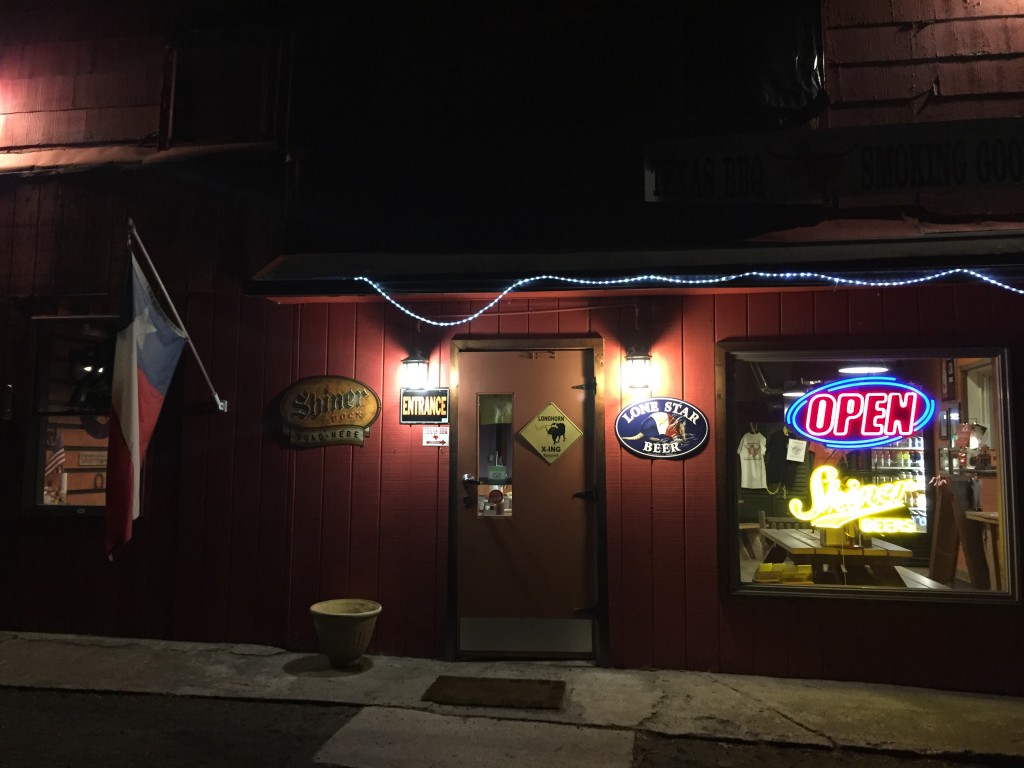 Located right in the middle of nowhere and armed with a very unassuming exterior, this is a place that you might be temped to pass up on while driving down the road, thinking you’ll probably find something better a little closer to civilization – but trust me, you won’t.

Round Up Texas offers all the BBQ classics alongside authentic Texan beers that make for an eating experience unlike anything we’ve had since Ribfest last summer. Because we’re CavemanUnbound and we do epic shit, we went with the biggest, baddest, most unnecessarily glutinous plate on the menu – the 3-meat,3-side combo! 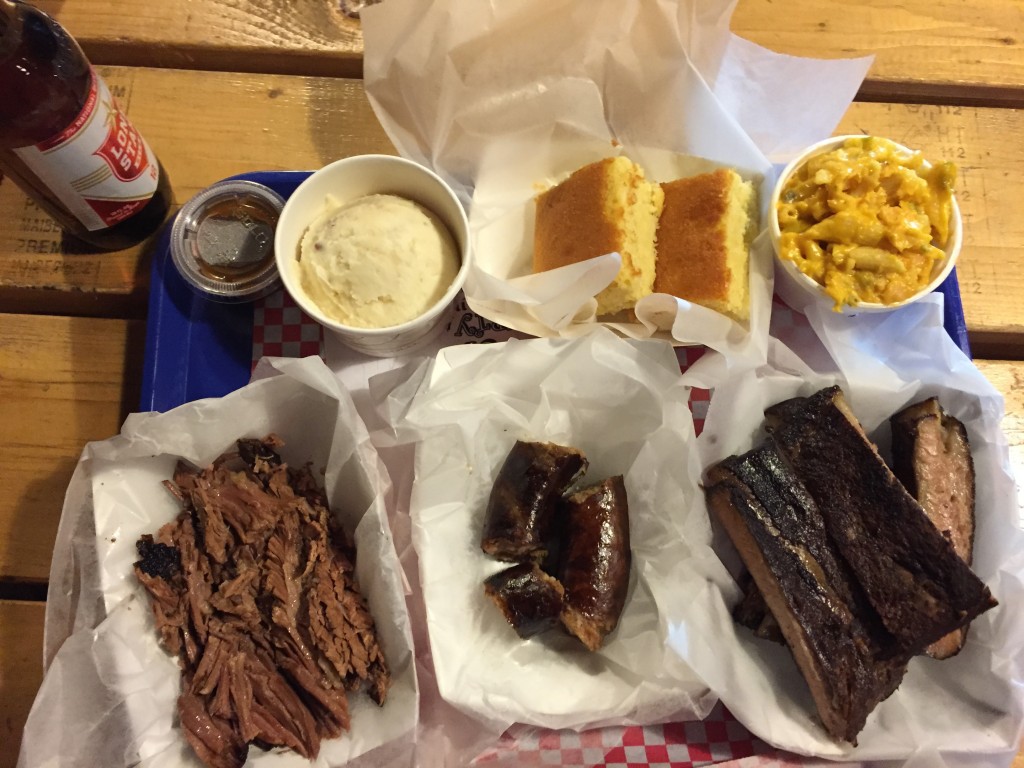 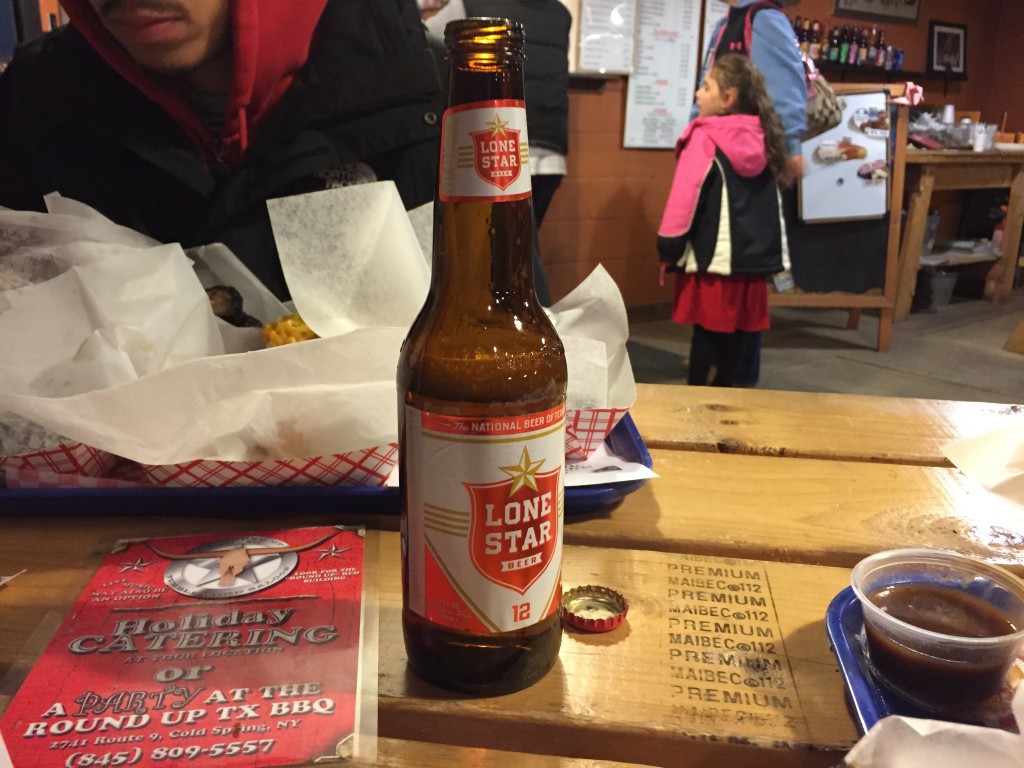 This monstrous helping of ribs, sausage, brisket, mashed potatoes, mac & cheese, and cornbread was an amalgam of the most precious things in life and it reignited by belief in a higher power. After this there no other option for us but to make our way south to Texas! 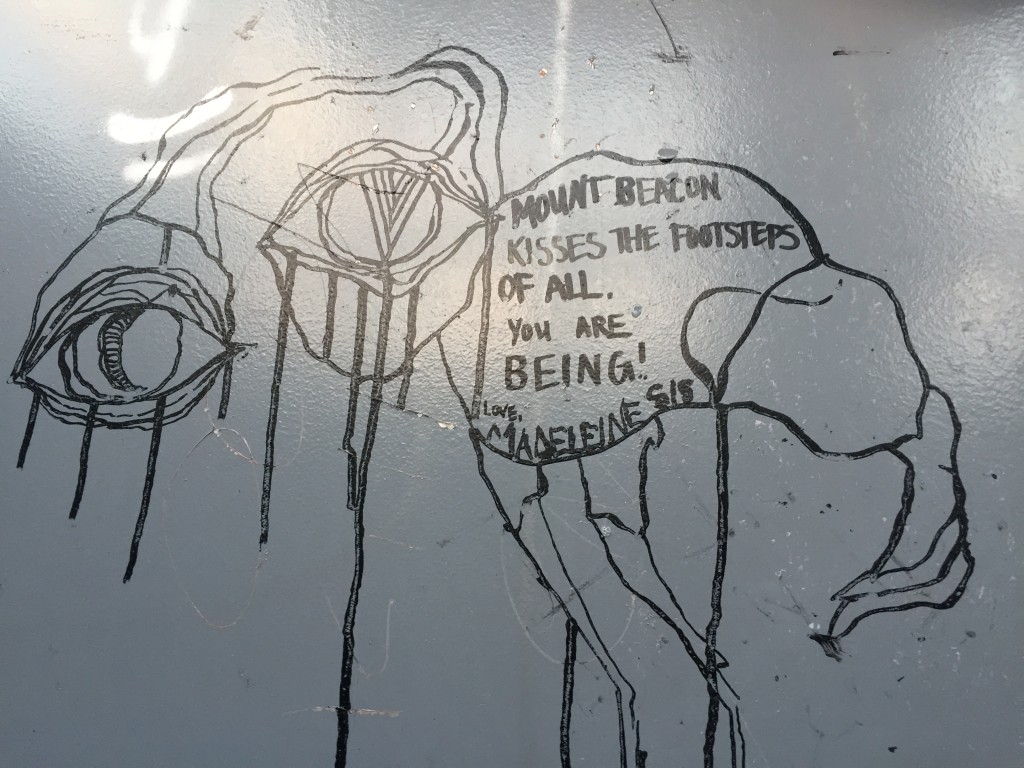