The ultimate proof of man’s valor is his ability to thrive in the wilderness. Pitting himself against nature is how he proves to the world that progress and modernization haven’t softened him. When he breaks free from the offices and apartments that confine him, he is able to tap into his primordial roots and explore sides of himself that he never knew existed.

Before we blindly let our shelters become cages, camping was life; more than just a weekend retreat, it was how we existed and survived. At CavemanUnbound, we work tirelessly not to let ourselves become victims of our own evolution and so we’re always looking for an opportunity to become one with the outdoors. 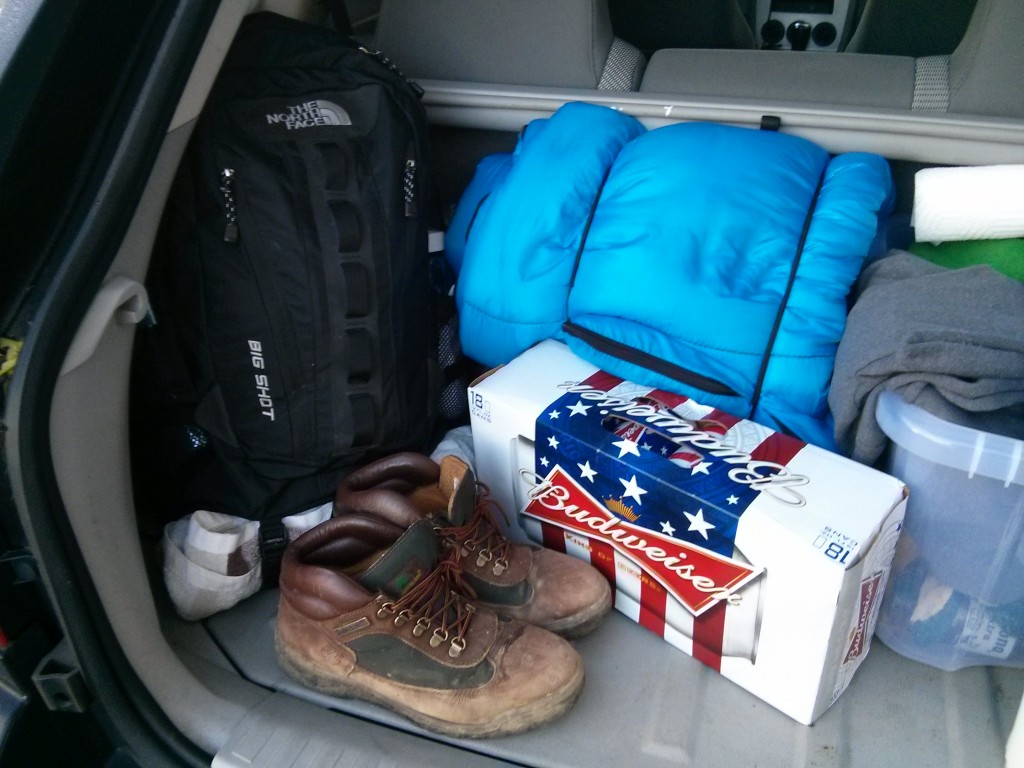 Preparation is everything when you’re going into the wild.

This time we took a trip to the Adirondack Park Preserve in all-the-way-Upstate, New York. Encompassing about 6 million acres of farmlands, small towns, giant mountains, an absurd amount of lakes, ponds and rivers, and enough forest for an eternity of exploration, the Adirondacks are the perfect destination for outdoor recreation.

Camping, like all travels and adventures, requires some planning and insight. Sure, it’s easy to just book any old plot of dirt off the highway and set up a shabby tent next to your car; but, remember, easy isn’t always awesome. We decided to take our trip to the next level and do some island camping, so we booked a campsite on Alger Island in Fourth Lake, Old Forge, NY. 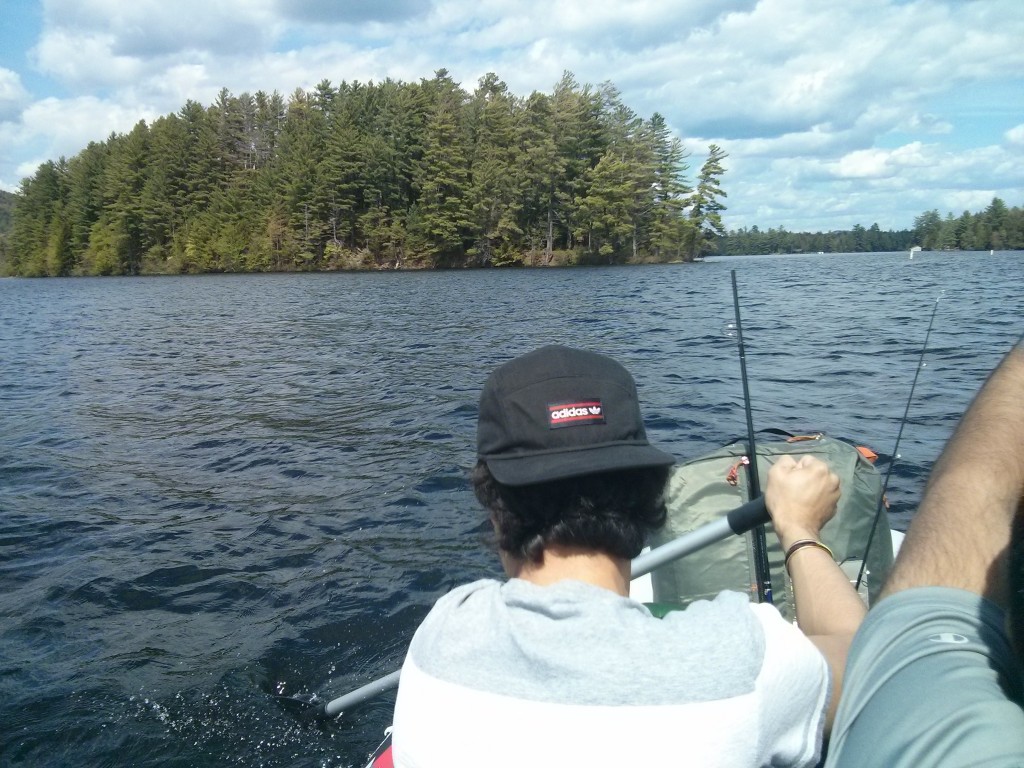 Accessible only by boat, Alger Island offers 15 secluded campsites, each with its own private dock, lean-to, fire pit, picnic table, and even an outhouse (which we refused to use because we were men in the wild). 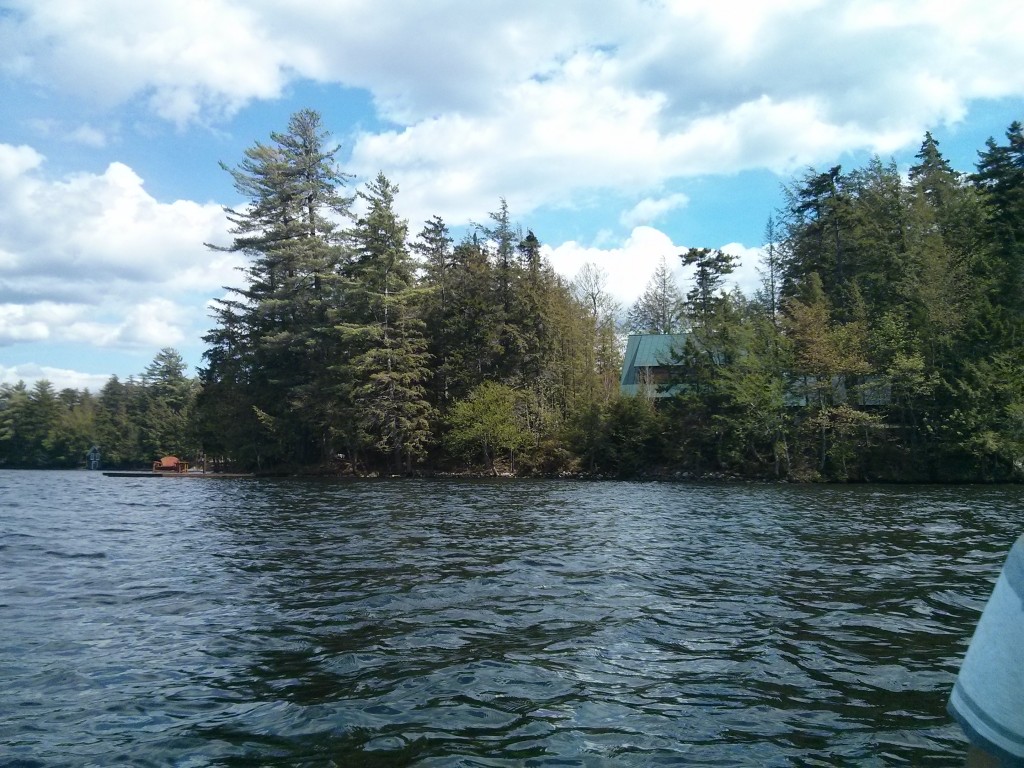 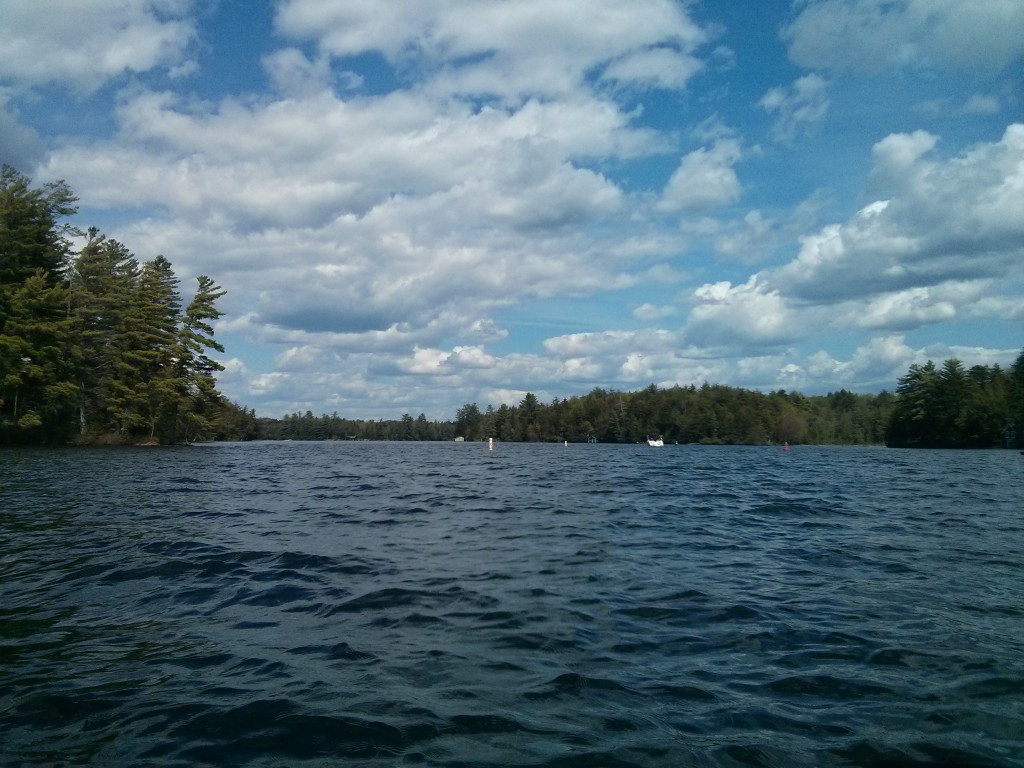 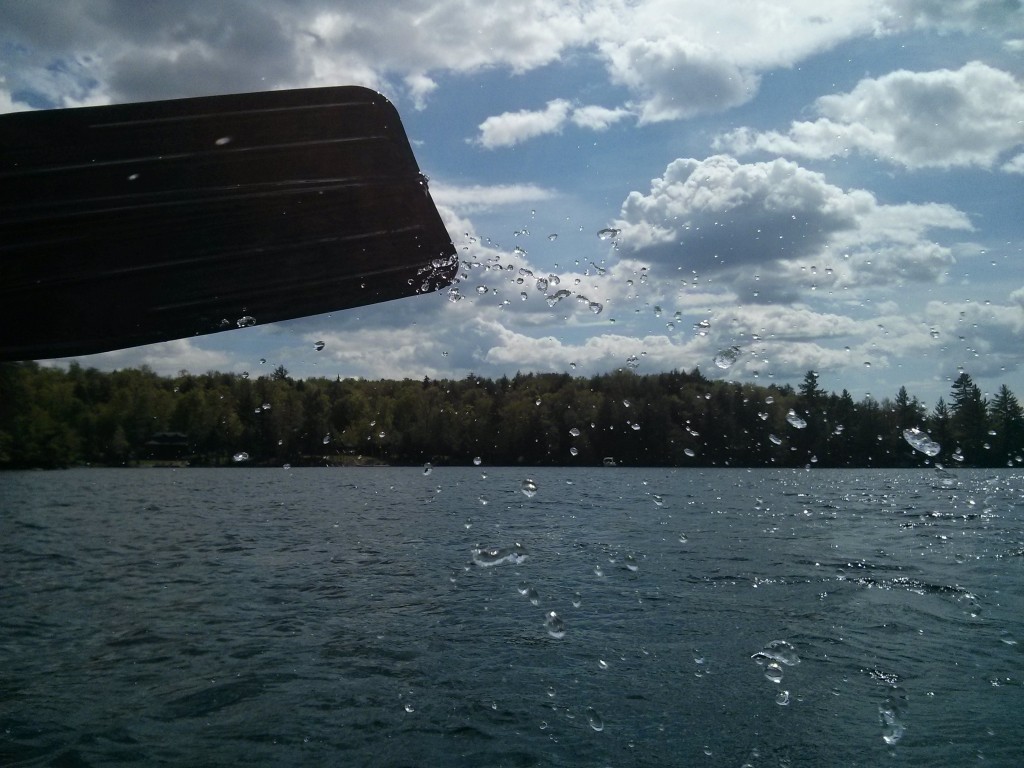 Though the splendor and remoteness of island camping was unforgettable, the novelty quickly wore off when we realized the miserable difficulty of getting to and from the island. Those well acquainted with the vastness of Fourth Lake came prepare with motorized boats and kayaks; we, like idiots, showed up with an inflatable raft and some paddles. Nevertheless, we managed to get ourselves and all of our equipment onto the island with zero casualties. 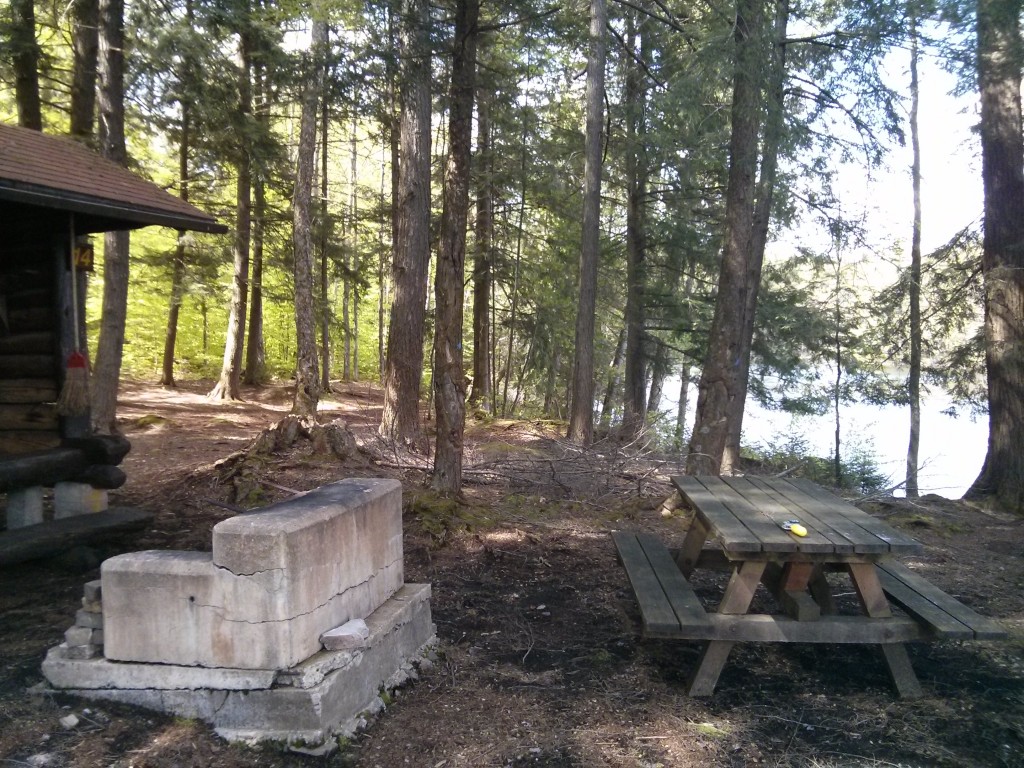 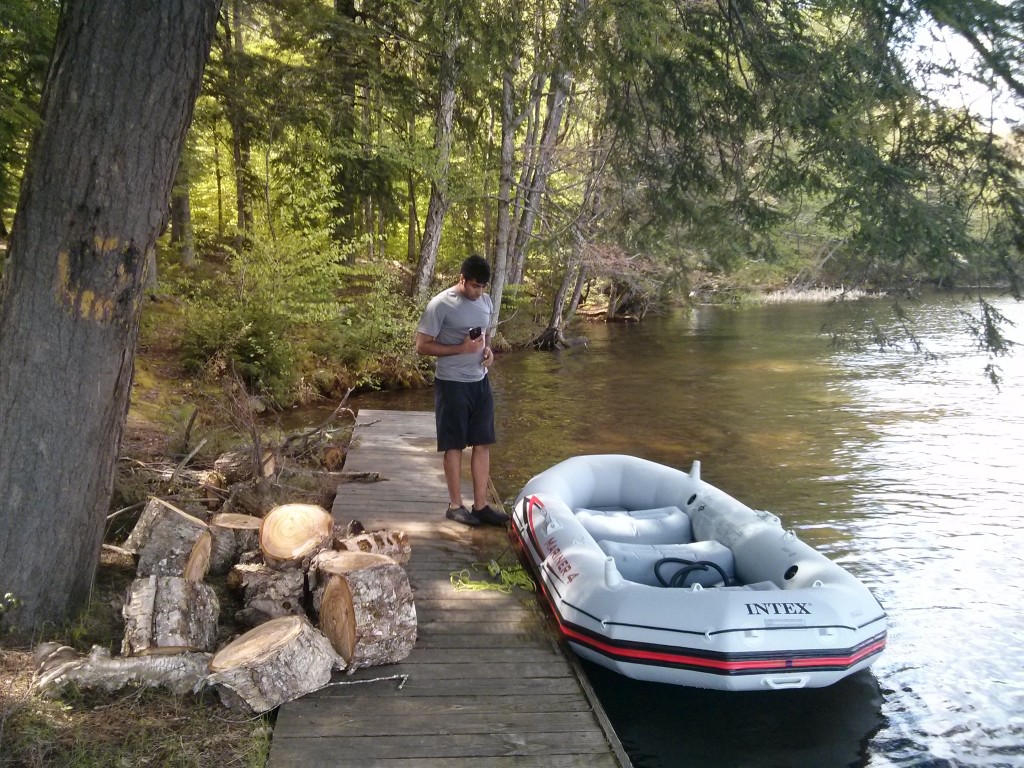 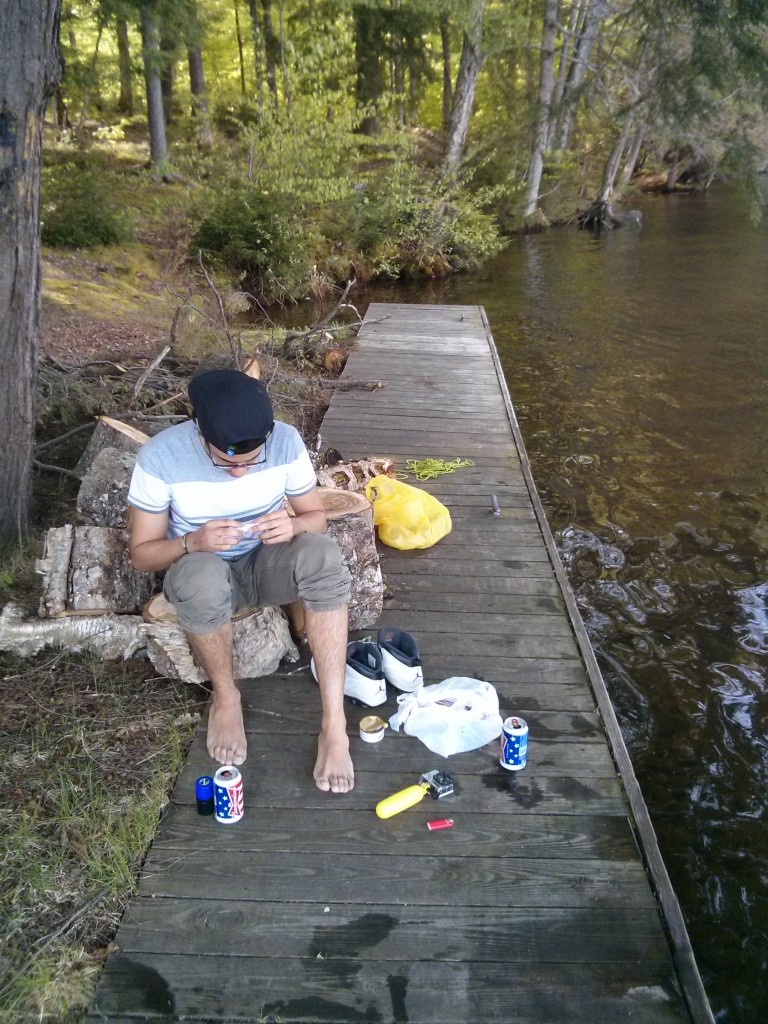 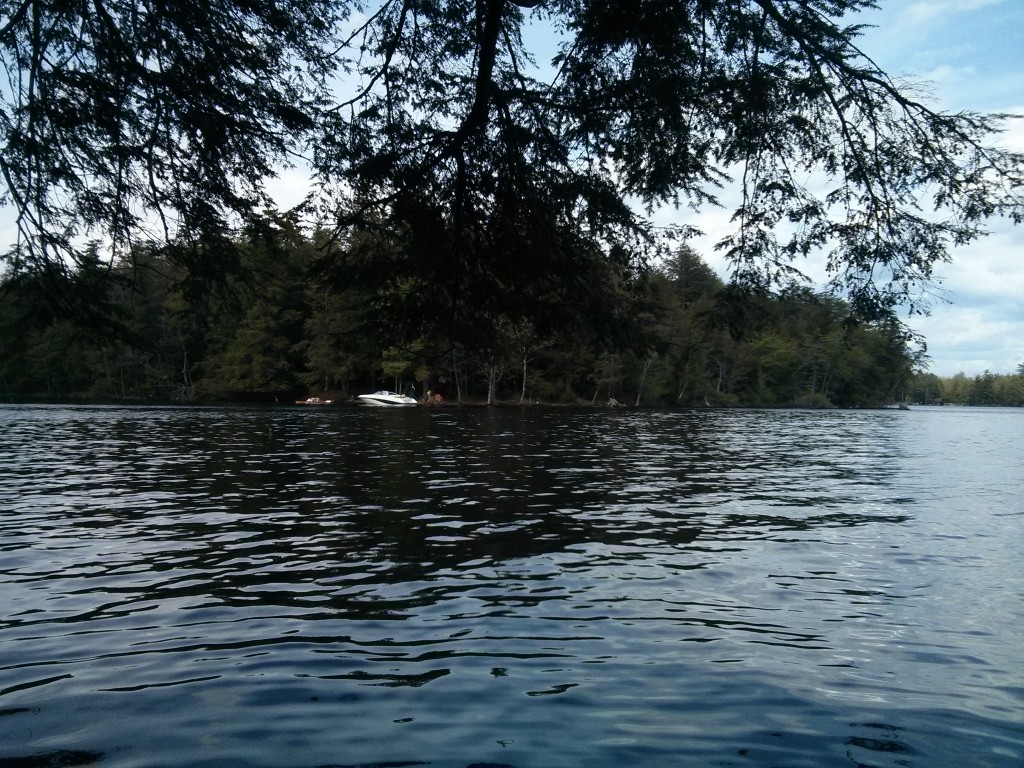 Weakened by the strain of paddling across the endless lake, we unloaded our equipment and went back to the mainland in search of nourishment and debauchery. We found ourselves at Daiker’s, an “Adirondack Pit Stop,” and gloriously indulged in burgers, beer, and an unbeatable view of the lake! With it’s awesome deck overlooking Fourth Lake, a private marina for visitors to dock their boats, and a full schedule of live music performances, Daiker’s is cool place to spend a summer night.

After paddling back to Alger in the absolute darkness of the night, we finished fortifying our manliness by building a rather impressive fire that nearly consumed the entire island! After burning all the trees we could find, we chilled around the fire talking shit, drinking beer and savoring the wonderful silence of the island. 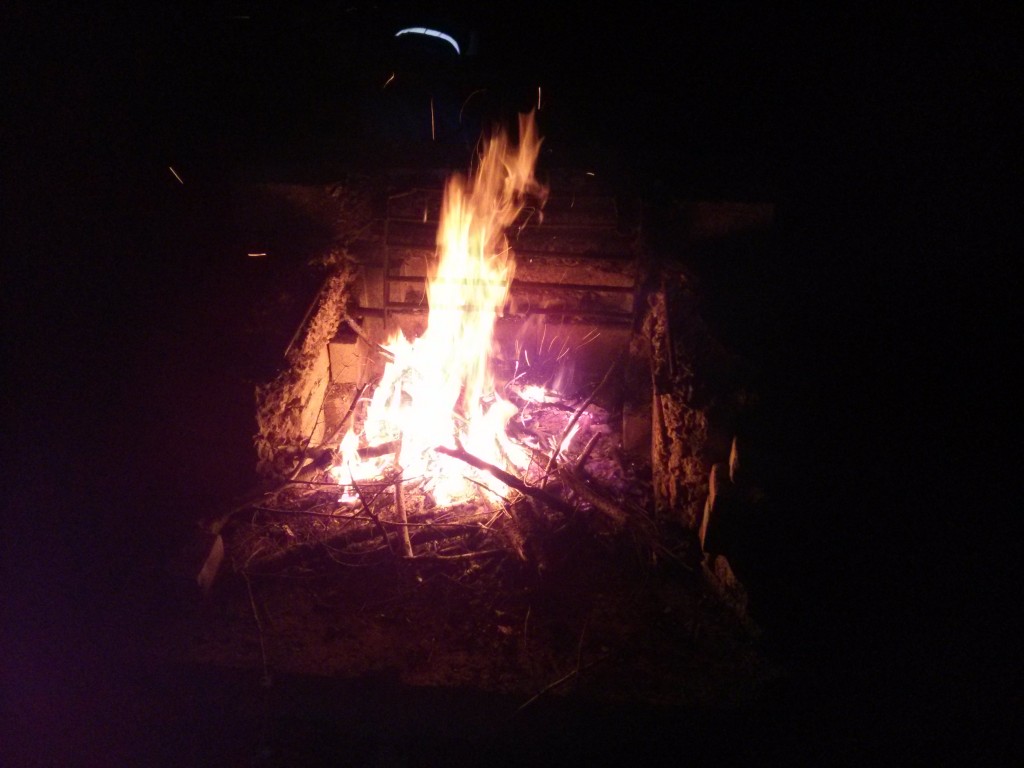 Where you at, Bear Grylls!?

We woke the next morning eager for an adventure on one of the Adirondack’s legendary mountain trails. After a championship breakfast of tuna, crackers and beer, we jumped in the boat ready to paddle back to the mainland. The winds, however, had different plans for us. We knew we were in trouble when the first twenty minutes of paddling took us about an inch forward and as soon as we stopped for rest, the current dragged us back to where we started. Another hour of strenuous paddling brought us about a quarter of the way across and we began to feel as though this adventure would end at the bottom of Fourth Lake. With our paddles broken and our spirits crushed, we lay bobbing in the water, awaiting death and hoping that the reaper’s scythe strike us swiftly and painlessly. Suddenly, Poseidon decided to show us mercy by sending forth a hero armed with a motorboat and a rope who pulled us across the lake and back to land. Remember, a huge part of being a man is knowing when you need help and being able to accept it. 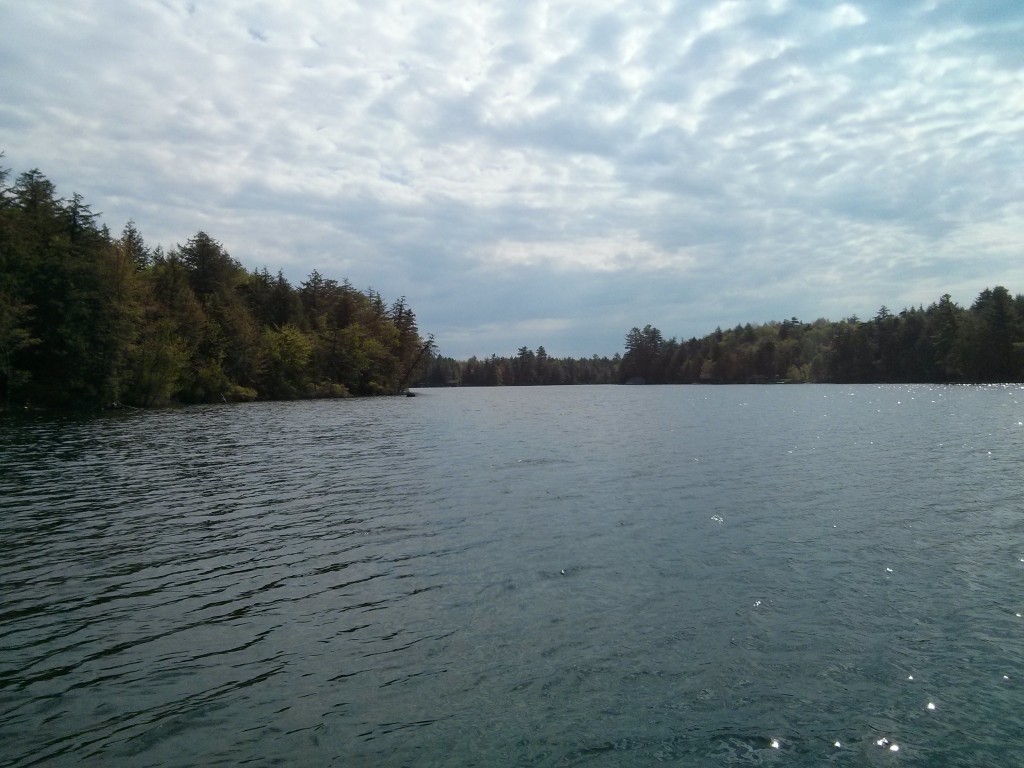 After kissing the ground and cursing that wretched raft, we made our way to the mountains. Driving down route 28 in Inlet, NY, we came across the Rocky Mountain trailhead and knew we had to try it – because men don’t say no to a 2,225 ft elevation in half a mile! Needless to say, this hike was intense. The steep, nonstop incline is not for the faint of heart; but as we told many people who we saw about to quit along the way, it was totally worth it! I don’t know if it was the canned tuna we had for breakfast, or the warm Budweisers we shotgunned at 7 AM, or maybe the previous night’s epic fire that fueled us but we shot up that mountain with no water, no rest, and no desire to turn back. 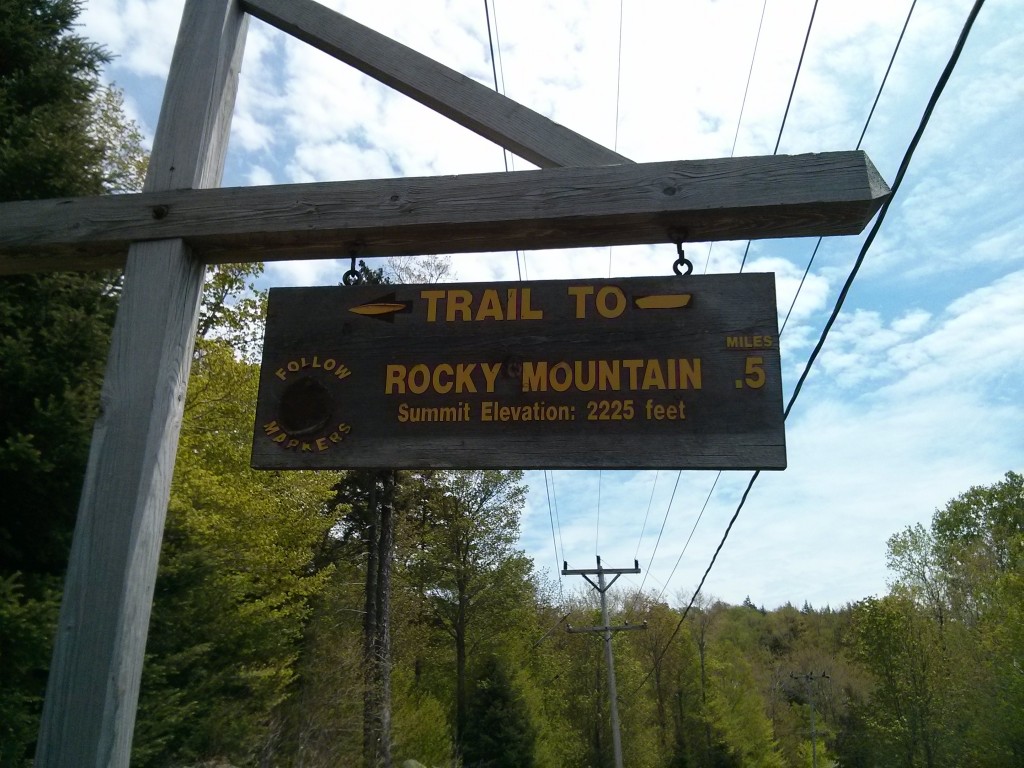 The view from the summit of Rocky Mountain was nothing short of glorious! At 2,225 feet up we were graced with a breathtaking view of the Adirondacks landscape and Fourth Lake and Eagle Bay, NY. Truthfully, I still can’t find the words to adequately describe what we saw that day. Perhaps my fondest memory of this trip is that there at the top of Rocky Mountain we were able to just relax and enjoy the natural majesty of the Adirondacks without even having to speak to each other. I don’t remember how long we were up there, but I do remember that much of that time was spent in silent reverie – and I wouldn’t have had it any other way. 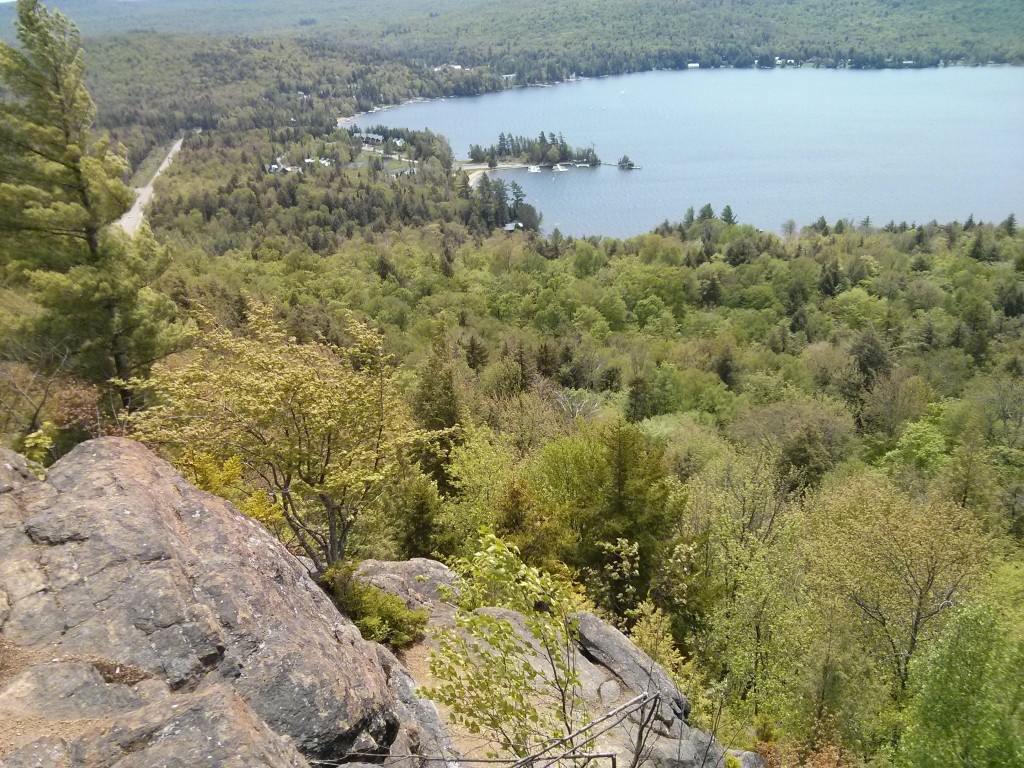 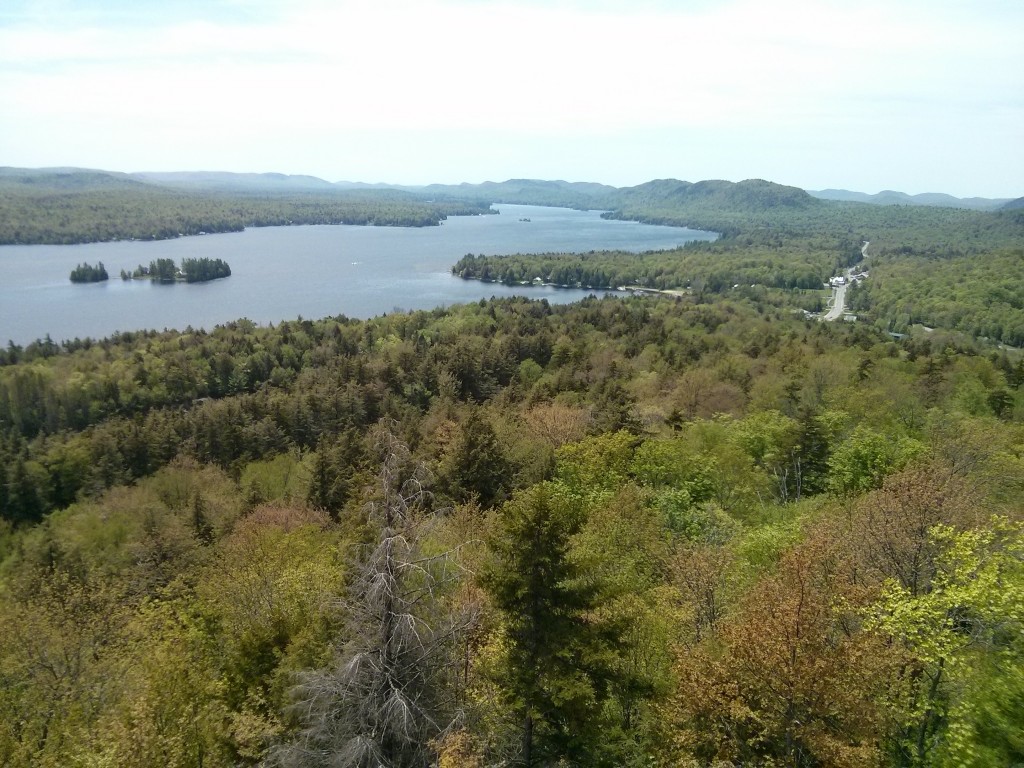 After the mountain we made our way back to Old Forge for some grub. We settled on Tony Harper’s Pizza and Clam Shack, which I’m only mentioning because I still remember the Whiskey Wings being the best thing I’d eaten all weekend (all my other meals were canned tuna and weird, off-brand turkey slices that we ended up having to sacrifice to the fire). Aside from the wings, there was nothing impressive about the restaurant – our burgers were nothing like the description on the menu and the service was slow. Nonetheless, we got our much-needed doses of beef and beer – a combination that will satisfy any man. 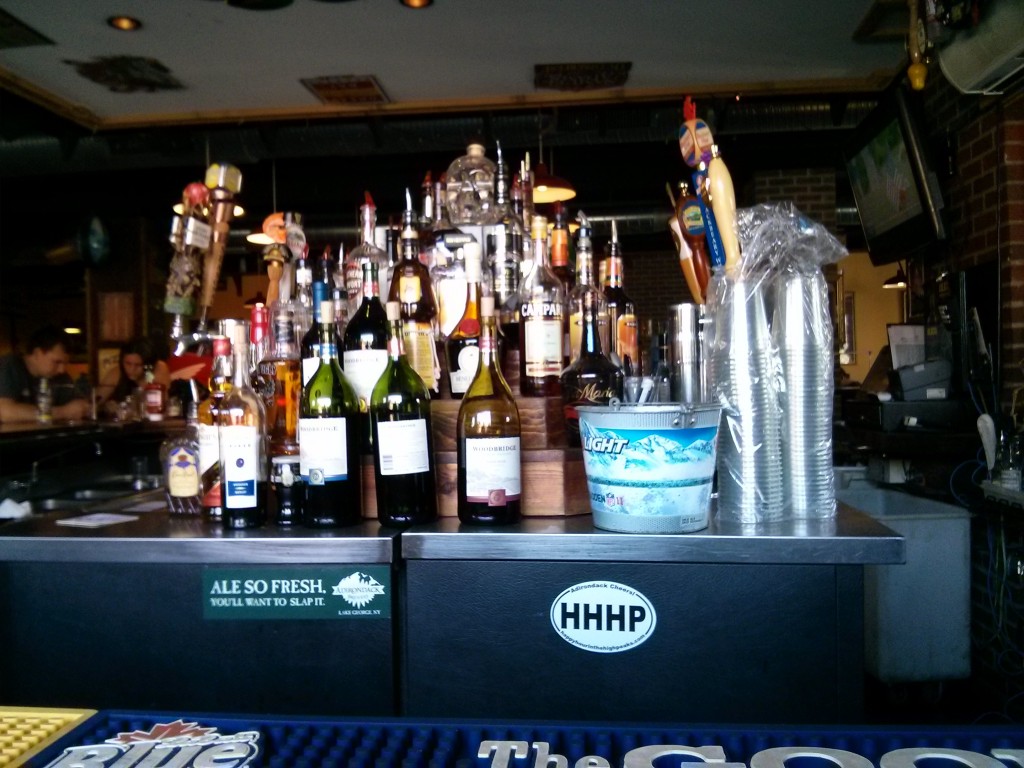 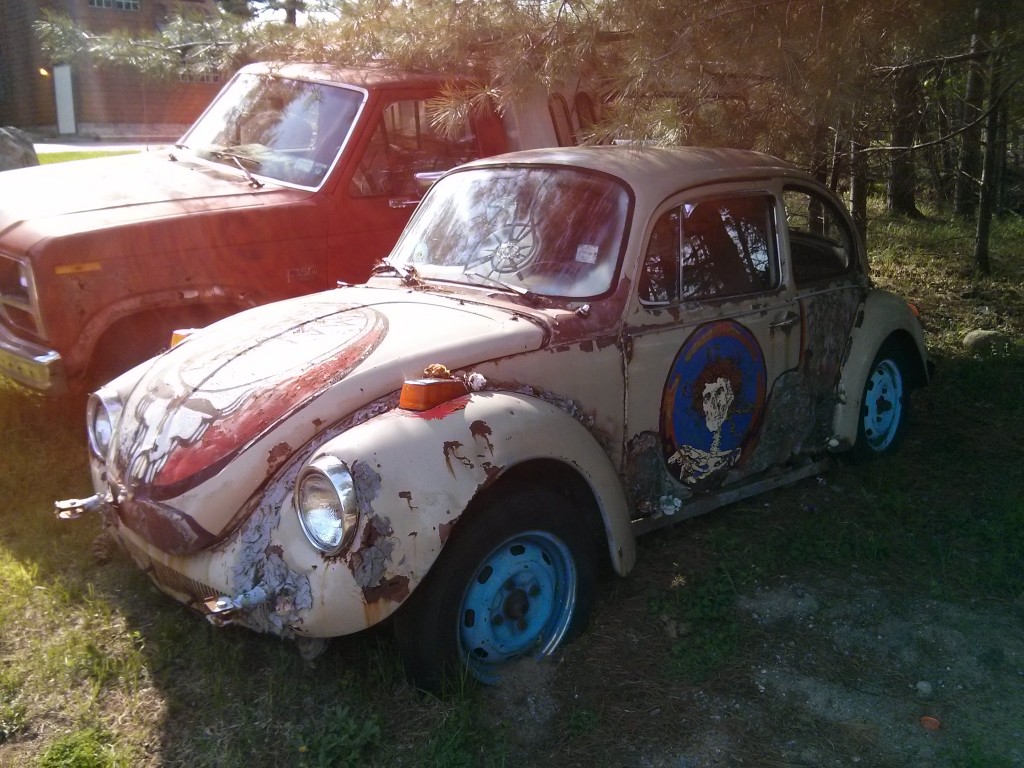 We found this car just rotting away in a lot.

After eating, we did some more exploring of Old Forge before finally making our way back home. The small town looked like it’d be a cool place for a weekend retreat but our vacation had reached its end. This being CavemanUnbound’s first official camping trip, I can’t say that it was a complete triumph. We still have a lot to learn about surviving in the wilderness and living without the modern conveniences we’ve grown so accustomed to. It’s something that is definitely going to take some practice but I guarantee that soon enough we’ll be masters of the wild! 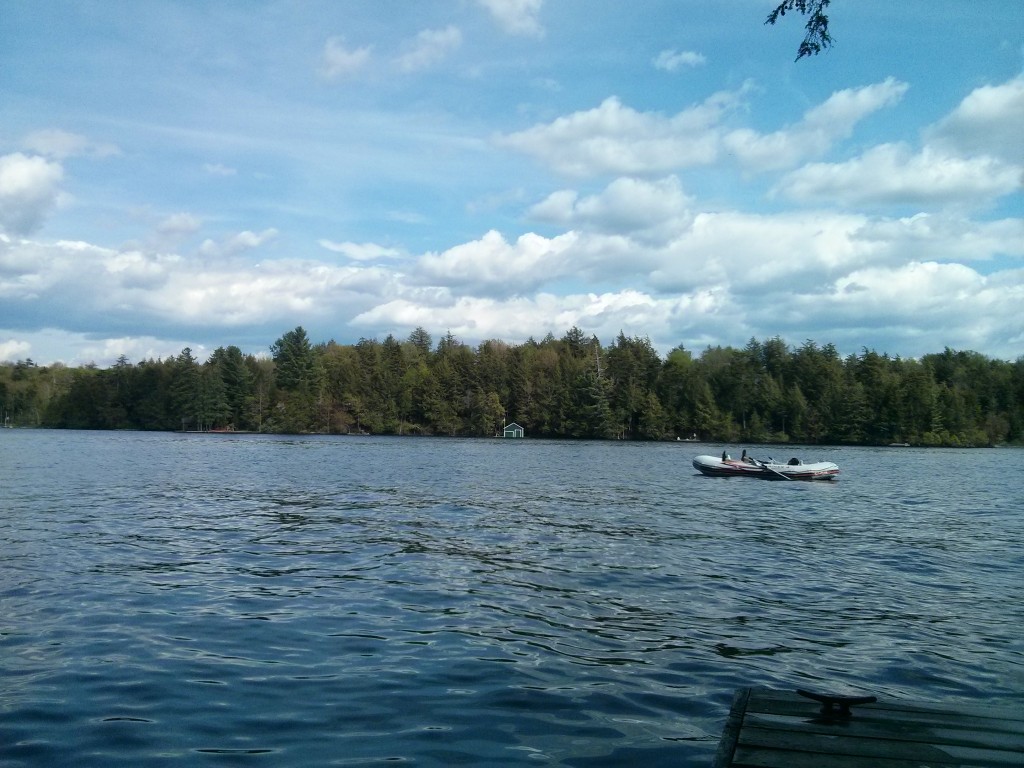