For three days each year the titans of Barbecue descend upon New Paltz, NY, bringing with them thousands of pounds of deliciously charred animal flesh for us mortals to indulge in. Now in its 10th year, the Hudson Valley Ribfest brings together live bands, cold beer, and some of the best BBQ in the Northeast! The festival hosts over 50 teams fighting fire with fire, pitting their pits against each other to see who can produce the most perfectly roasted animal carcass and take home the NY State BBQ Championship! 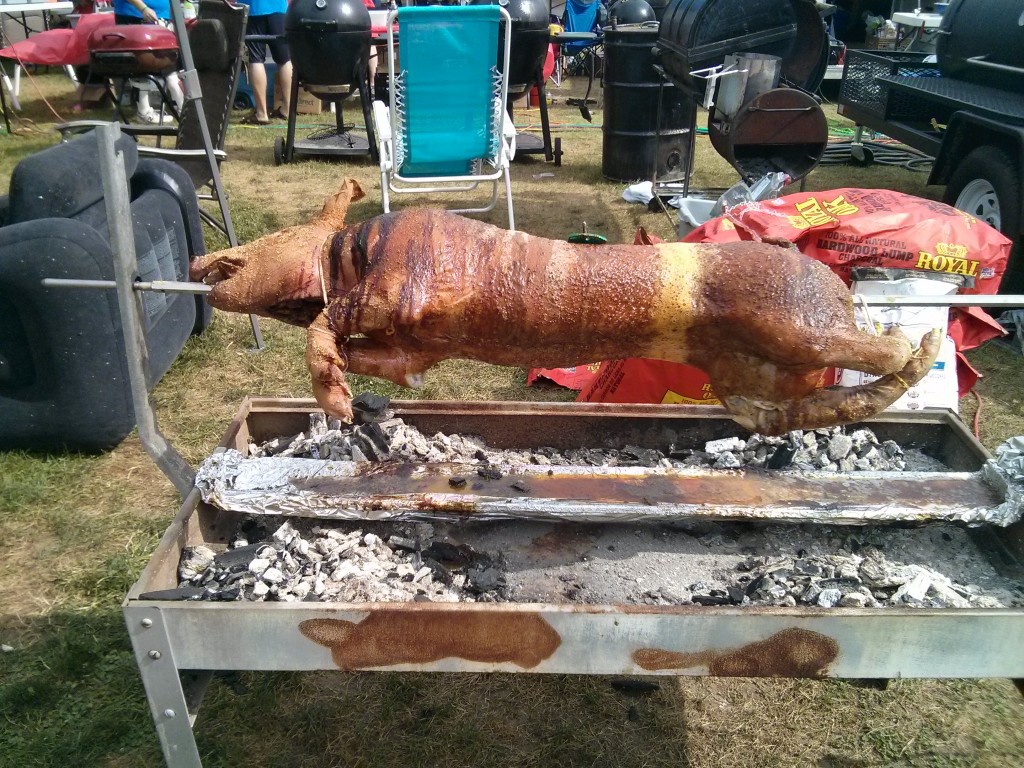 Of course, our very first stop at the festival was for a beer, because beer and ribs are the essential elements of a happy life. Budweiser in hand, our first next stop was at Ella’s Catering Co. for the first round of ribs. 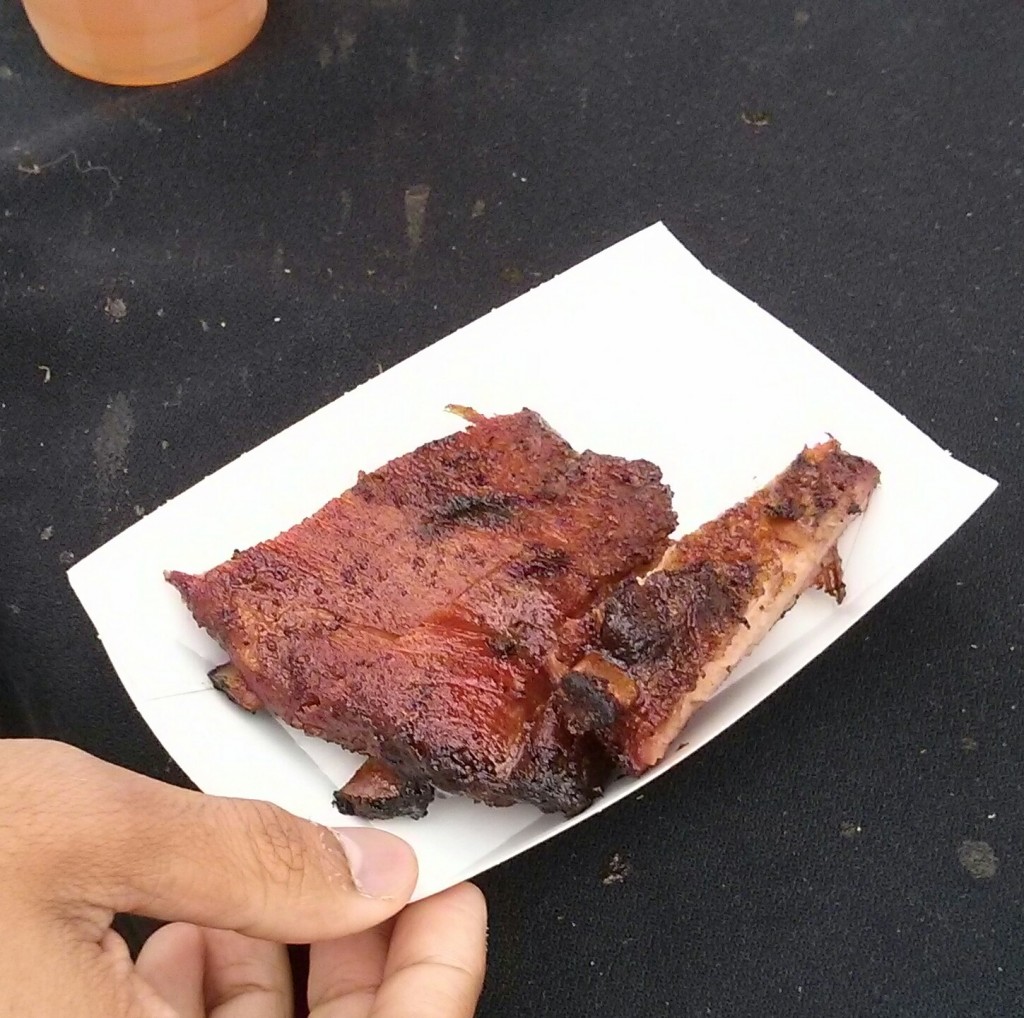 Our next stop was Three Men and a Baby Back, which lured us in with their lineup of BBQ championship trophies. Their ribs were perfection, and proof of their right to flaunt all their awards right in front of the stand. 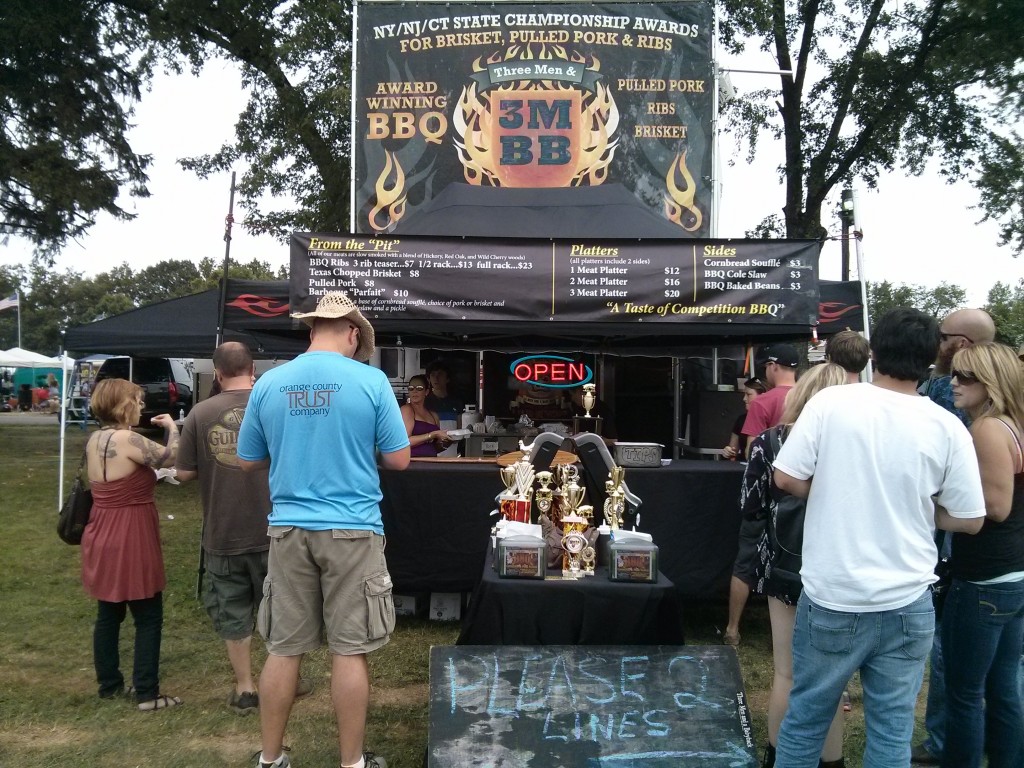 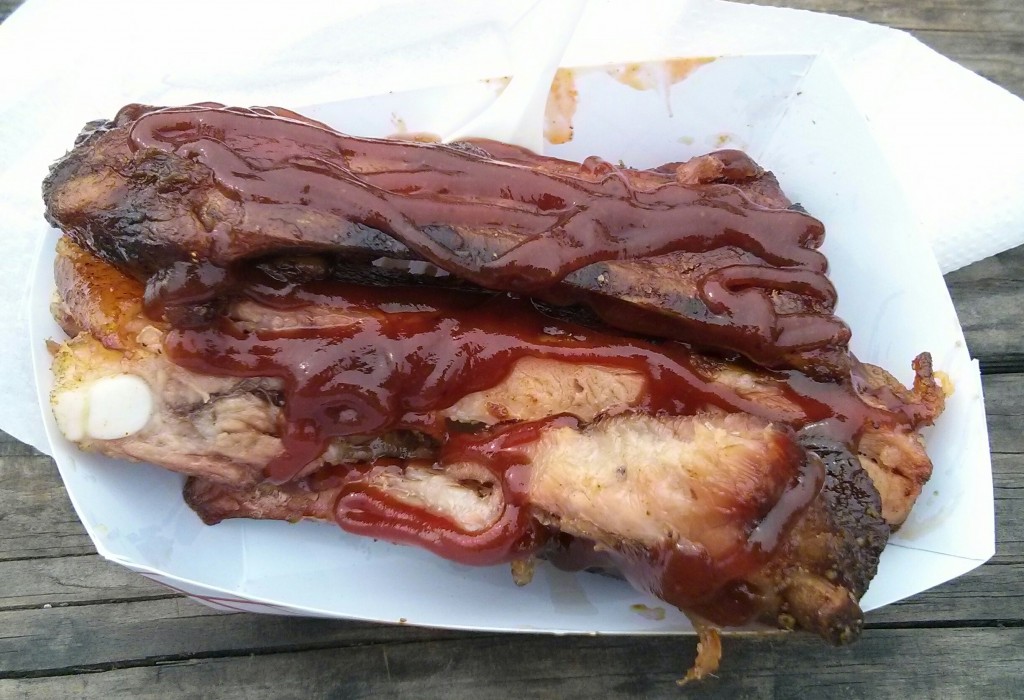 After a short break and a walk around the festival grounds to burn off the calories, we were ready for round 2. We stopped at a Jamaican food truck for some epic jerk chicken. It was the perfect palate cleanser and got us right in the mood for more ribs. 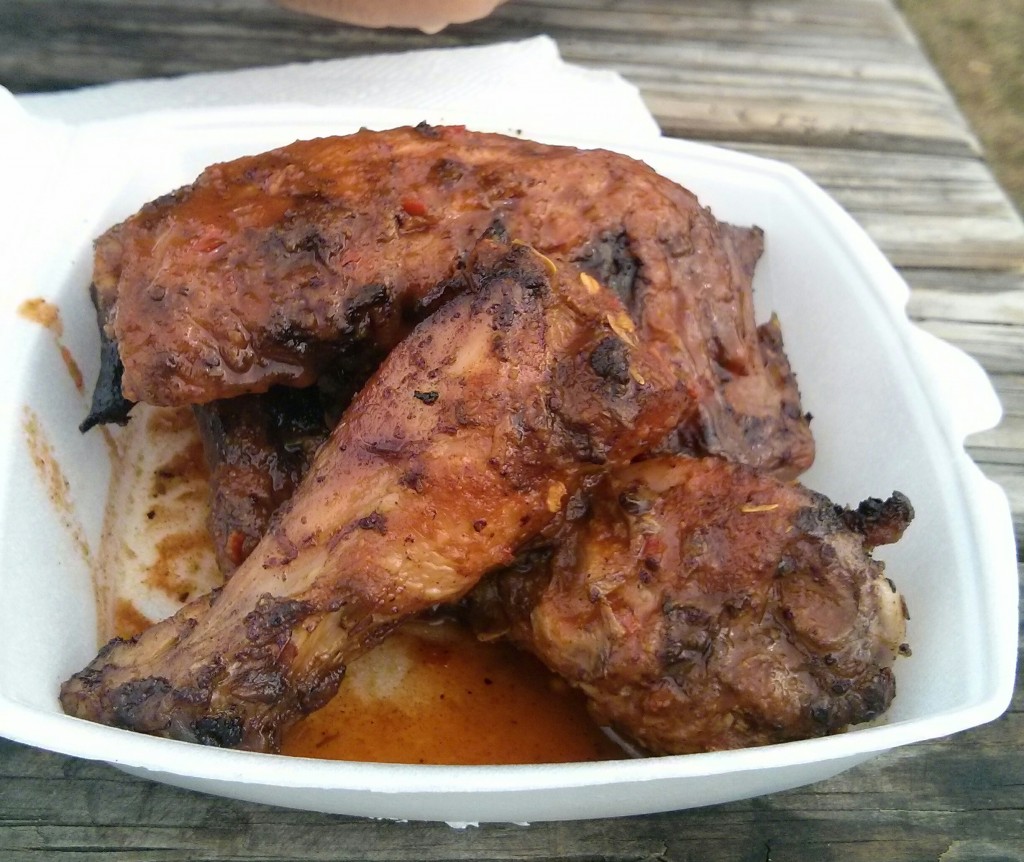 Next we hit up Handsome Devil for another round of ribs. These ribs… these damn ribs were beyond amazing! They were perfectly cut to offer the maximum amount of the most tender, succulent meat we’d had all day. Each bite was an absolutely glorious testament to the existence of a higher power, and the no matter how full we started to feel, the flavor pushed us through every incredible bite! 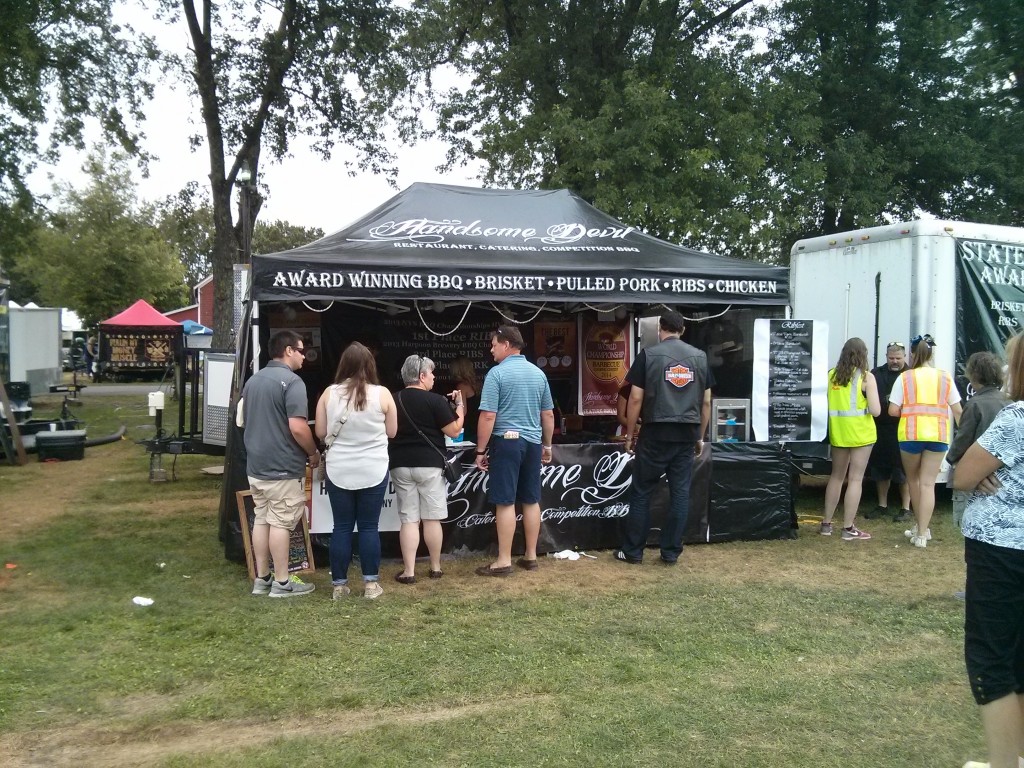 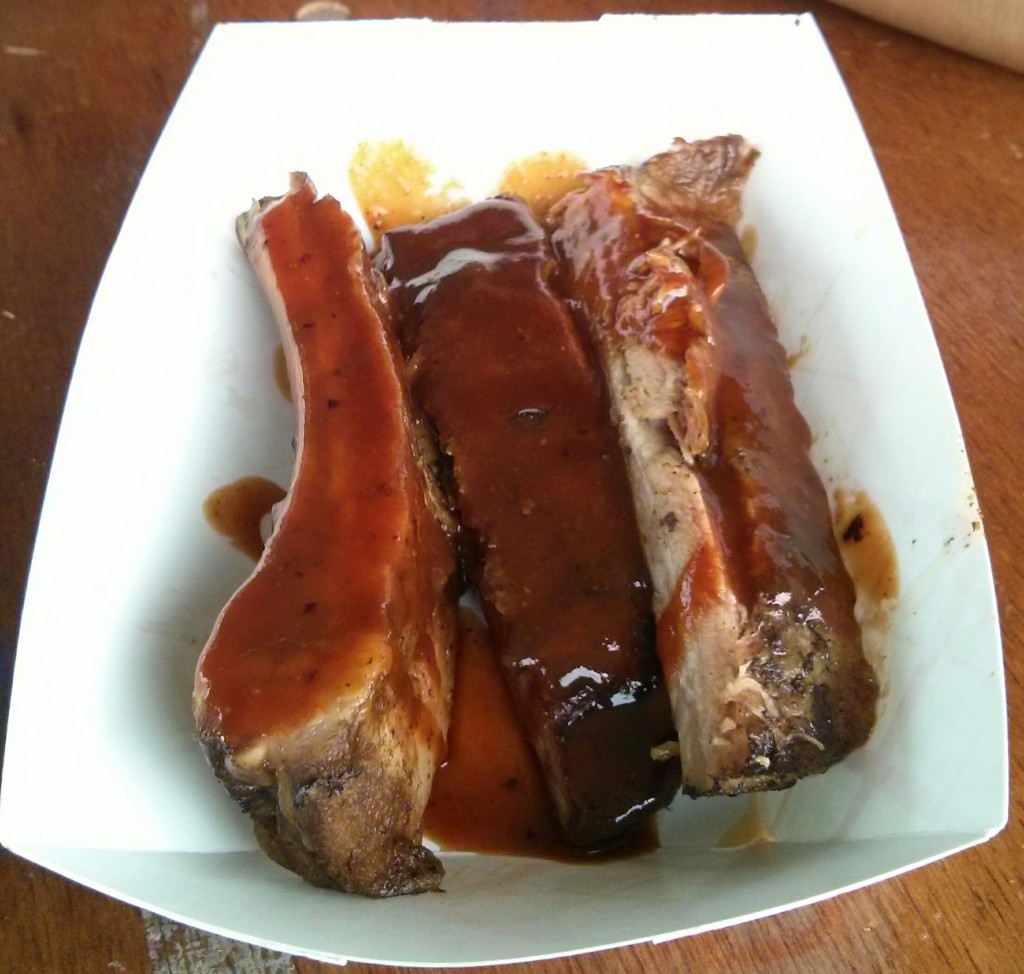 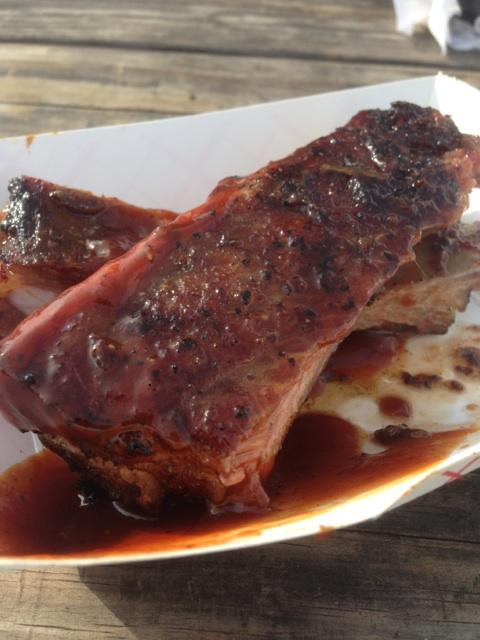 The epic feast continued at Jack’s Down Home BBQ, the stop with the longest lines, and according to some of the people we spoke to, the best ribs at the festival. Even though our stomachs were about to explode from the pounds of barbecue we had already destroyed, the view of ribs charring on the grill immediately recharged my appetite. Jack’s monstrous, Brontosaurus ribs were well worth the wait and the pain of stuffing more food into my over-packed gut. Dripping in their signature BBQ sauce, these were my favorite ribs of the entire festival. 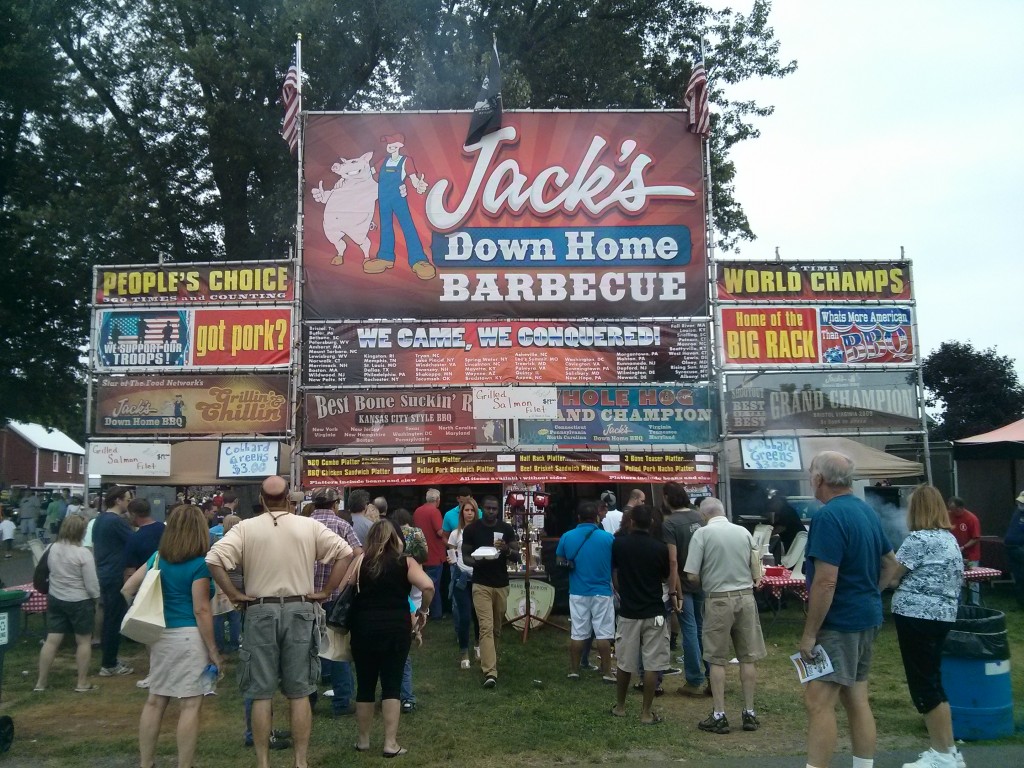 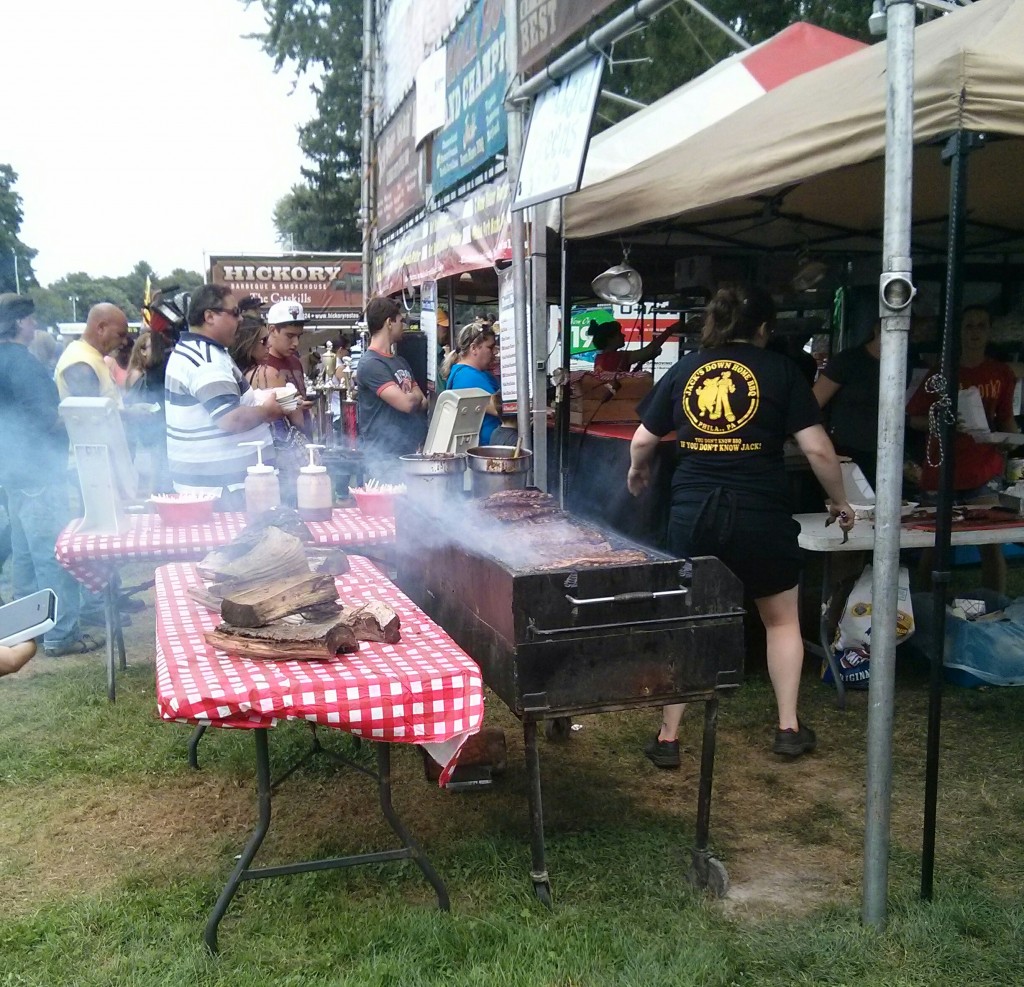 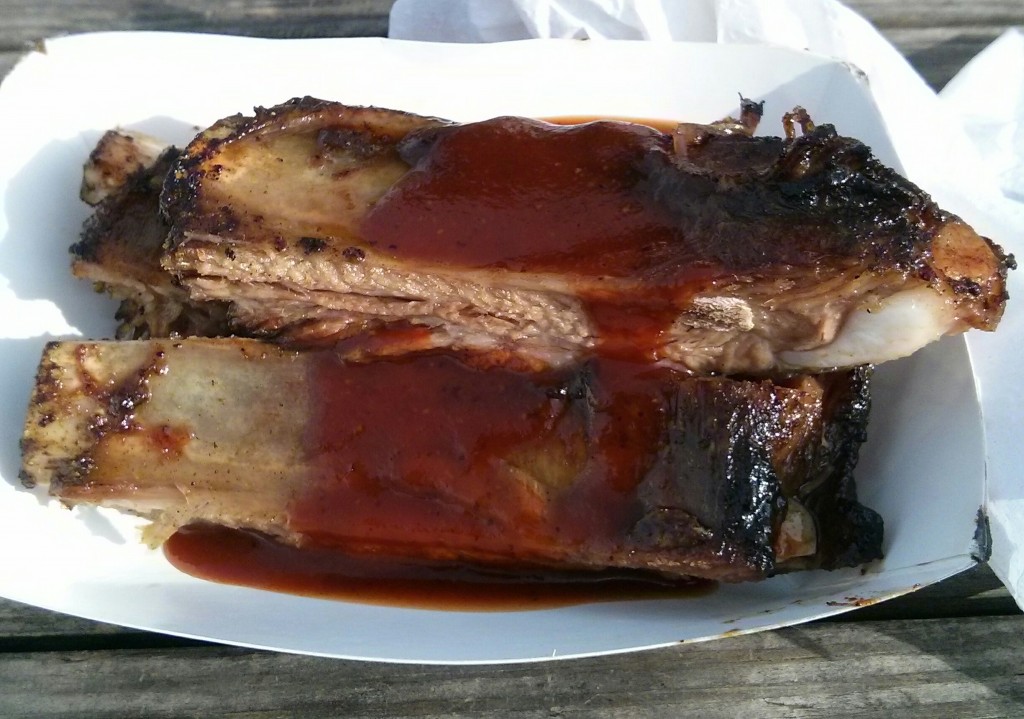 Of course, no feast is complete without dessert; and it wouldn’t be a CavemanUnbound feast if the dessert wasn’t made of bacon! We stopped at the Deep Fried Everything truck (named by us because it didn’t have a banner) and ordered the Heart Attack – 5 crispy, crunchy, magically delicious strips of deep-fried bacon! For the next-level eaters (who I shamefully failed to share ranks with), the truck offered Double Bypass (7 strips) and Triple Bypass (9 strips) portions of what has to be Ron Swanson’s breakfast of choice. The batter tasted like just like pancakes, and the strips were topped with powdered sugar and served with a side of maple syrup. Paired with a cold Bud, it was the epitome of manly indulgence and I would happily sacrifice a limb if it meant I could have this each morning. 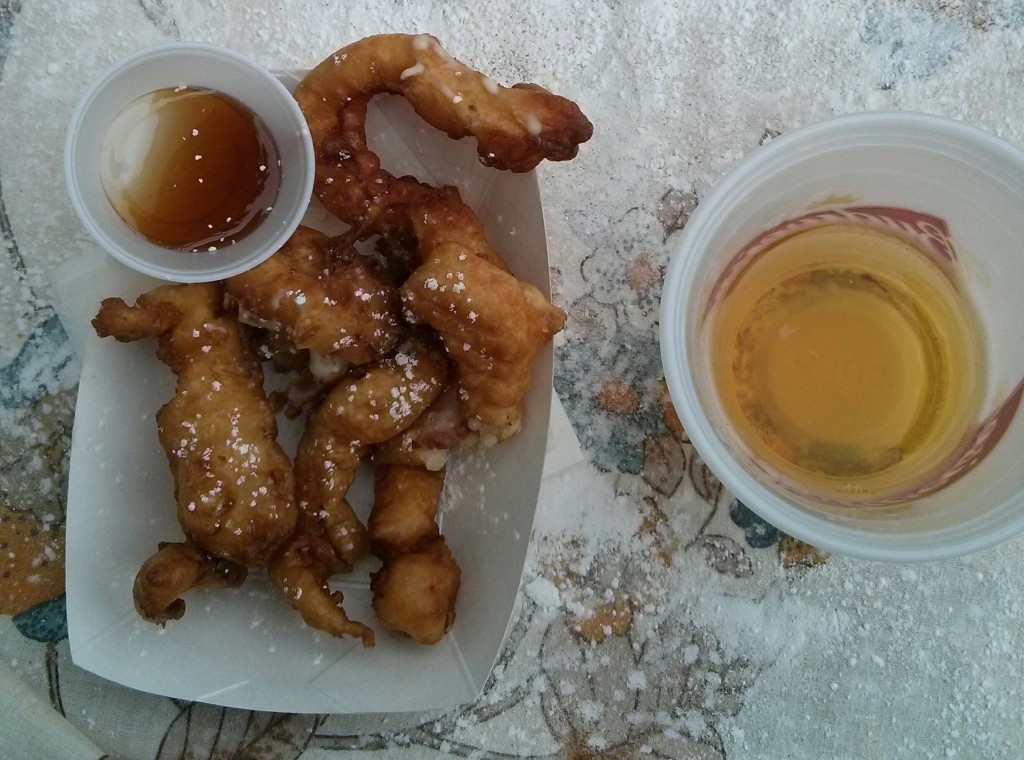 With our bellies stuffed and hearts ready to explode (from happiness and high blood pressure), we left the Hudson Valley Ribfest thankful that the event came around only once a year – any more than that and we’d develop some serious medical problems. Now that we know what to expect, we’ll spend the rest of the year training and coming up with a serious game plan so that we can do even more damage at next year’s Ribfest! 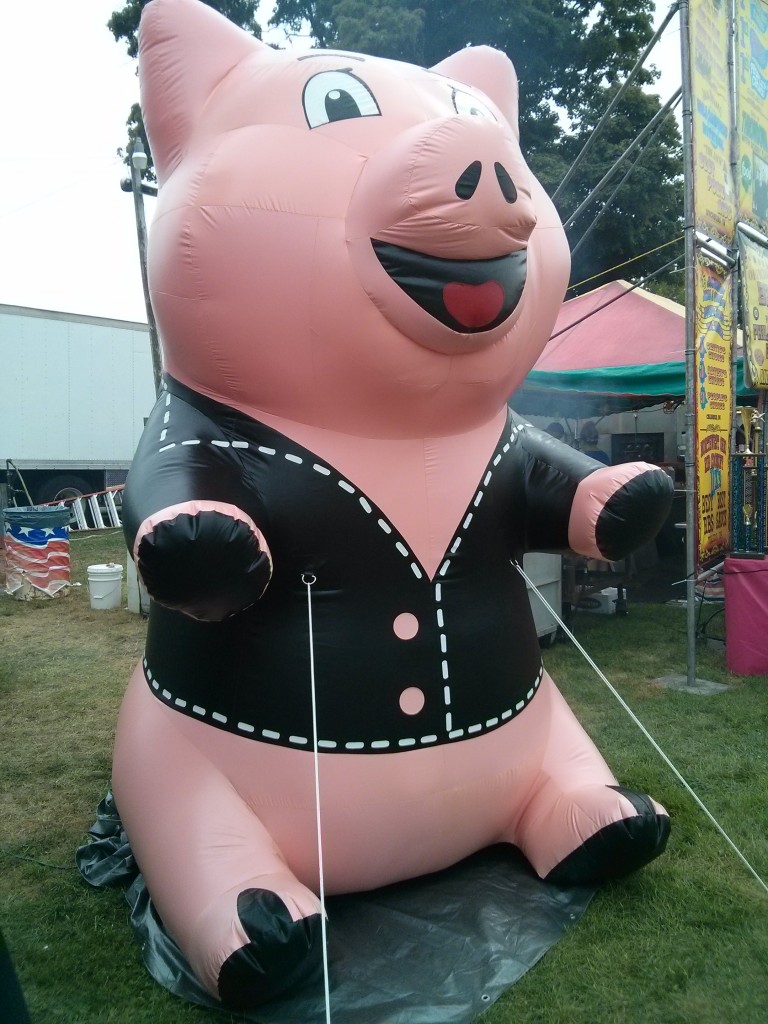